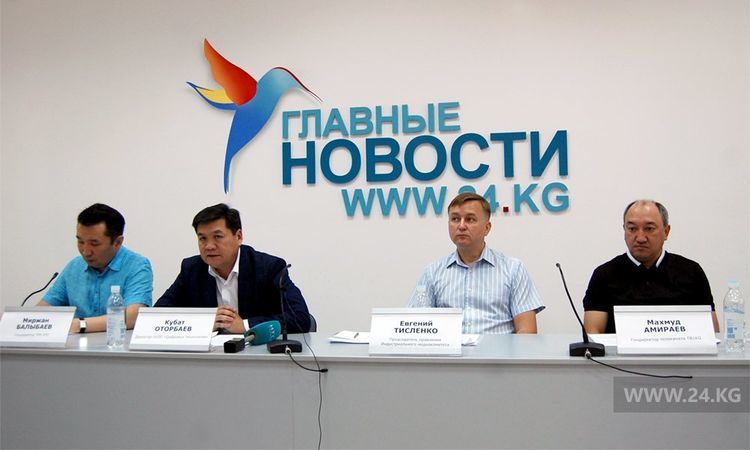 Amendments to the Law on Television can destroy the domestic television industry. The Director General of Digital Technologies Association, Kubat Otorbaev, told at a press conference at 24.kg news agency.

He recalled that the amendments have already been adopted by the Parliament of Kyrgyzstan in two readings.

He said that television plays a huge role in the cultural education of the population, development of state language. “The last two years have been declared years of regional development. In the areas where the Internet is not developed, people get the news from television. Despite a large number of problems, national television began to produce its programs in state language, and the advertising market began to grow,” the Director General of the Association said.

The amendments can destroy all our aspirations and will not allow development of domestic television.

The Director General of TV1KG TV channel, Makhmud Amiraev, added that when developing the amendments, officials of the Ministry of Culture and the Government did not invite the media community for consultations. “We would give our recommendations, and, perhaps, these amendments were made taking into account the interests of local television companies,” he said.

According to Makhmud Amiraev, representatives of television companies suggest withdrawing the amendments, convene a working group with participation of members of the national media market and once again analyze the situation in the television and radio broadcasting industry.

One of the amendments to the Law on Television and Radio Broadcasting is to extend retransmission of Russian channels Channel One. World Network (ORT) and RTR-Planet until 2023. The initiator was the Ministry of Culture, Information and Tourism.

Media experts opposed it. They noted that this negates all efforts to build a strong TV market in the republic and produce high-quality content in the state language. Local channels depend on adequate advertising budgets and fair competition. The Parliament did not take into account opinions of the professionals.