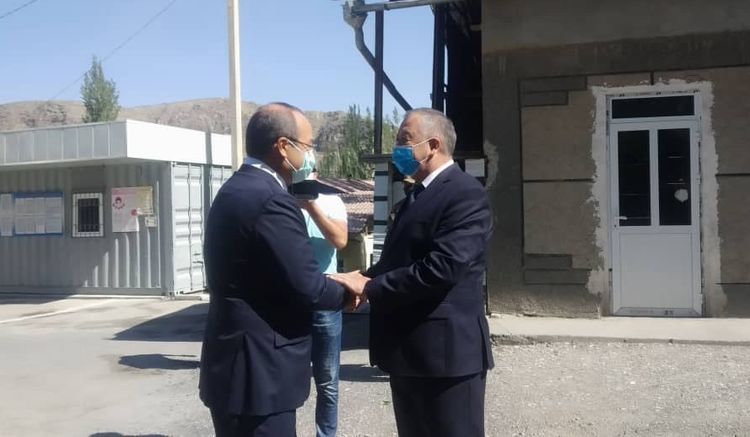 During the meeting the parties discussed conflict that occurred the day before between the residents of the border villages of the two countries.

Related news
Border incident: 25 Kyrgyzstanis admitted to hospital, 2 in intensive care unit
The parties expressed regret over the incident on the Kyrgyz-Uzbek section of the state border and spoke for taking a set of comprehensive joint measures to resolve the situation, prevent its escalation and relieve tension in the border areas.

The commitment of the two states to the previously reached agreements and a constructive approach to resolving emerging issues was noted.

As a result of the meeting, the parties agreed to conduct joint investigative measures and prosecute those responsible.

Recall, the incident started with a skirmish between residents of the two villages. Each of the parties claimed that Chechme spring well belonged to them.