Trolleybus attacker injures passerby with a knife in Bishkek

A man with a knife, who attempted to attack passengers of a trolleybus, injured a passerby. Reader informed 24.kg news agency.

According to him, the man ran along Logvinenko Street and injured a man between Kievskaya Street and Chui Avenue. 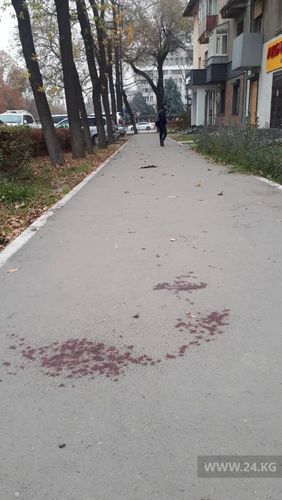 The reader added that a man with camera, a police officer and civilians were running after the man.

He suggested that the wound was serious because there was a lot of blood on the sidewalk.

The Center for Emergency Medicine stated to 24.kg news agency that they did not receive any calls about a person with stab wounds.