Citizen of South Korea beats his wife, police are inactive 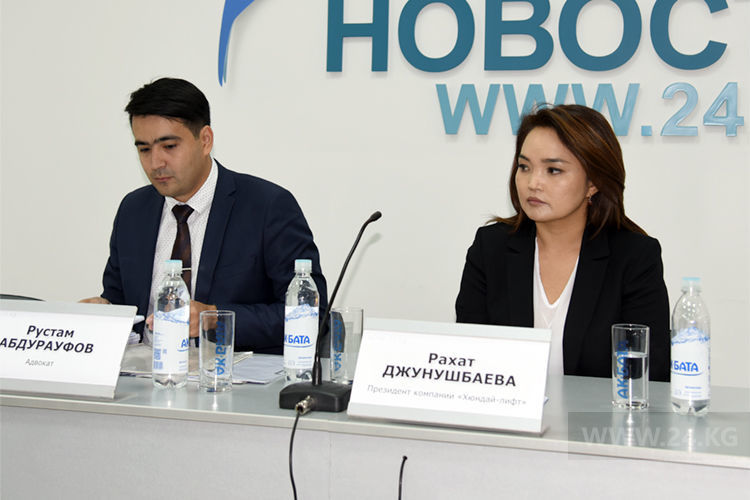 Law enforcement agencies do not respond to the statements of a Kyrgyzstani about domestic violence by a citizen of South Korea. Lawyer Rustam Abduraufov announced today at a press conference at 24.kg news agency.

According to him, the citizen of Kyrgyzstan Rakhat Dzhunushbaeva and a South Korean citizen Lee Hee Man got married 16 years ago. He began to beat his wife in a year after marriage.

There are numerous witnesses that he had repeatedly beaten me. Unable to bear it, I decided to divorce two years ago.

«I have also tried to do it before, but he threatened me. Even now, he continues to bully me and my children. He wants to take away a business that I have hardly opened. I have only one desire now for my ex-husband to stop making a circus from divorce and denigrating me and my children,» said Rakhat Dzhunushbaeva.

Lawyer Rustam Abduraufov noted that Lee Hee Man has long been a chairman of the Korean diaspora. He had acquaintances in government agencies.

All statements and complaints of Rakhat Dzhunushbaeva were not considered, criminal cases were terminated.

«We decided to reopen cases in 2019. We are trying to understand why in presence of video footage, evidence of violence, law enforcement agencies do not respond and try to close cases. As of today, there are cases on torture and attack with bodily harm. Prosecutors and investigators say they are not allowed to bring the case to court. He is not summoned for interrogation. Two cases are dragged out. However, he himself wrote a fraud statement. Police department accepted it, a criminal case was opened, they are trying to place Rakhat in jail. If state bodies took measures in 2015-2017, tyranny would have ceased long ago,» Rustam Abduraufov stressed.

«Lee Hee Man has a residence permit in Kyrgyzstan on the basis of a marriage with Rakhat Dzhunushbaeva. The marriage is dissolved. We contacted the State Migration Service to cancel the residence permit. But they refused us, referring to a call from the Security Council. We wrote them a letter about this. They are conducting an internal check to find out who called and on what basis,» the lawyer said.