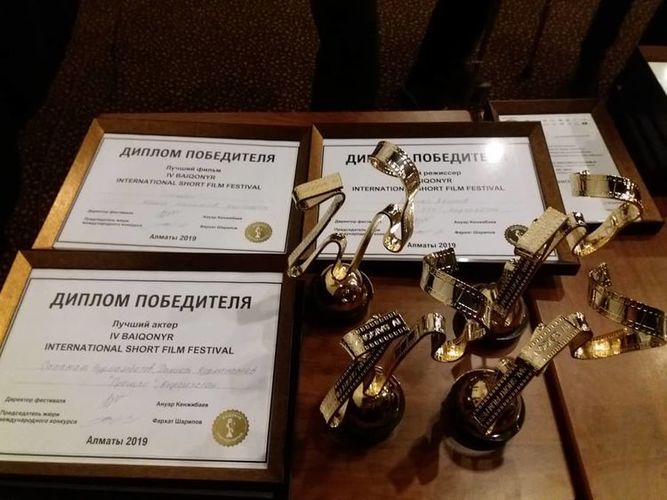 Two short films from Kyrgyzstan won several awards of the IV Baiqonyr International Short Film Festival, which was held in Almaty on September 4-8. The Union of Cinematographers of the Kyrgyz Republic reported.

The director of the film 51+ Daniyar Abirov was awarded a prize in the nomination «Best Film Director.»

The international jury was headed by the director and selector of the International Film Festival in Oberhausen (Germany) Christiana Buchner. Serik Aprymov, Mayra Karsakbaeva, Gulbara Tolomushova, Timur Serdalin and Daniyar Ibragimov were among the jury members.

Baiqonyr is an acquaintance with the works of young filmmakers; it is intended to become a platform for the creative «take-off» of festival participants and opening of new names not only in Kazakhstani cinema.