Temporary respite. What are the benefits of new agreements on Kumtor? 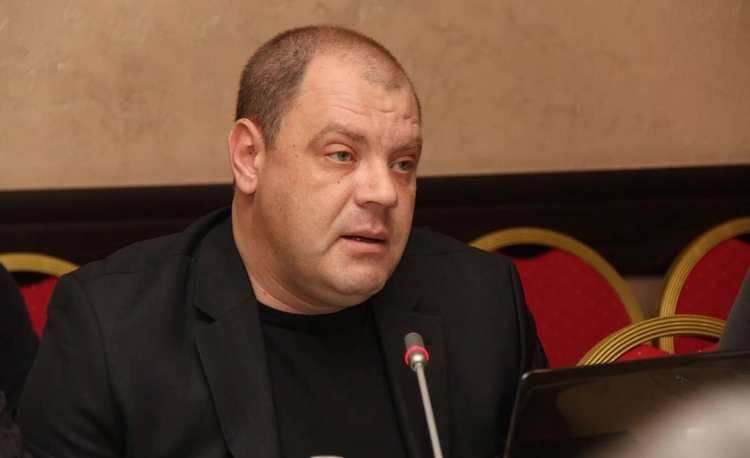 «If not to rely on past experience, we can say that conclusion of a new agreement is good for investors and for the country’s budget. At least, the new agreements will give a temporary respite,» said Eduard Poletaev, Kazakhstani political scientist and the head of World of Eurasia Public Foundation, commenting on the new agreement on Kumtor mine between the Government of Kyrgyzstan and Canadian investors.

— Is it possible to say that a period has been put to Kumtor issue?

— Relations with foreign investors do not so much depend on final agreements in Kyrgyzstan, but on the political and economic situation in the country.

If there is a «milking cow,» its owner has two options. The first is more productive. He may be satisfied with milk, feed the cow, take care of it in order she to give more milk. The second option is to try to squeeze the last out of it, not really worrying about the consequences.

Judging by what we have observed over the past years, the Kyrgyz authorities are acting not too farsightedly and very unproductively.

If the last agreement works, we will be able to say about the positive dynamics of resolving the issue on Kumtor.

In general, if do not rely on past experience, we can say that the conclusion of a new agreement is good for the investors and for the budget of the country. The new arrangements will give a temporary respite at least.

— One of the reasons for criticism of the work of foreign investors in Kyrgyzstan is the lack of transparency in negotiations. How much will this affect the agreement?

— In general, the criticism is just in relation to small deposits, contribution of which to the budget is not so noticeable and significant. But as for Kumtor, which remains one of the most serious and constant donors of the budget, this is unreasonable.

I will explain why. So close and unflagging attention is riveted to the mine in Issyk-Kul region that even if investors wanted to hide part of their activity, they would not succeed.

Related news
How much will Centerra Gold pay under new agreement with Kyrgyzstan?
And taking into account the fact that any step to the side can become another reason for criticism, investors understand that it is much more profitable to work as transparent as possible. It is not bad to apply this approach to other mines. There would be less conflicts then, plus avoiding the costs of disputes.

In addition, Centerra, by the standards of Kazakhstan or Russia, is not the largest company in terms of investments. It could «get lost in the crowd» in these countries and no one would pay special attention to its work. In Kyrgyzstan, this is the largest project in the mining industry, therefore, the attention of politicians, public figures and the population to it is corresponding.

As a result, even the openness of foreign investors does not guarantee them tranquility.

— How will the situation develop further?

— The cat-and-mouse game with the investor, which is loved and regularly practiced in Kyrgyzstan, will continue. The situation will change only when the mine will be depleted and investors will stop their work.

I wish that in case of possible disputes they were within the bounds of decency.

— I mean a balance between the growing appetites of one side and financial and moral capabilities of the other.

— Bishkek hopes that the Kumtor agreement will improve the country’s investment climate that will allow attracting new investments into the mining industry. Do you agree with that?

— I agree that resolving of situation with the mine may have a positive effect on the country’s investment image. But the second part of the statement that «Kyrgyzstan will be able to attract more investments» seems controversial to me.

The fact is that investors, when choosing projects, rely not only on indicators of the so-called «investment climate». Although it is important. They consider many other components, for example, the volume of investments, the level of risk, market capacity and so on.

The fact is that there are not as many niches in the mining industry of Kyrgyzstan as we would like.

Add this to the mass of existing risks and unsolved problems and inefficiencies in the system as a whole. Not to mention the low attractiveness of the region as a whole.

Even in Kazakhstan, no one comes with billions of dollars and is in no hurry to open new enterprises now. Moreover, Kazakhstan has much fewer internal problems and relations with investors are less scandalous and problematic than in Kyrgyzstan.