The Ministry of Foreign Affairs of Kyrgyzstan commented on statement by OSCE Representative on Freedom of the Media Harlem Désir regarding Aprel TV Channel. Press service of the ministry reported.

Under the law, judicial authorities seized property of the owner of Aprel TV channel, who is suspected of committing serious crimes.

«It should be noted that the assets of the aforementioned television channel were seized not because of its editorial policy, the content of the television channel or its position in relation to the authorities. Throughout its existence, Aprel TV channel, despite its opposition orientation, has not been subjected to any harassment or restriction. There are no restrictions on freedom of speech and freedom of broadcasting,» the Foreign Ministry said.

The Kyrgyz Republic has consistently demonstrated an unshakable commitment to the principles of democracy, including human rights, freedom of speech and media diversity in accordance with OSCE commitments, the ministry said.

Recall, the OSCE Representative on Freedom of the Media Harlem Desir expressed his concern over the closure of Aprel TV channel in Bishkek, which belongs to former president Almazbek Atambayev arrested on corruption charges, and called for respect for diversity in the media. 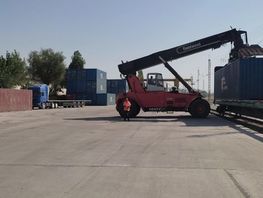 Japan and Kyrgyzstan agree to suspend payments on public debt