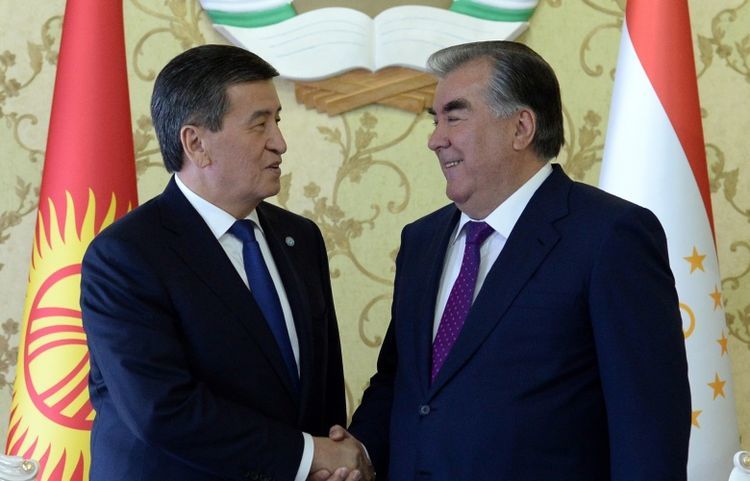 The heads of Kyrgyzstan and Tajikistan met in the border area for the first time since gaining independence. Press service of the President of the Kyrgyz Republic reported.

«Two fraternal peoples of Kyrgyzstan and Tajikistan have been living in peace and harmony since ancient times,» stressed Sooronbai Jeenbekov at a meeting with Emomali Rahmon in Isfara during a short working visit.

He noted that he considered today’s meeting as historic.

«Of course, our meeting will lay a solid foundation for continuation of the political dialogue and organization of your official visit to the Kyrgyz Republic,» said Sooronbai Jeenbekov.

Related news
Presidents of Kyrgyzstan and Tajikistan talk over solution of border problems
He once again noted that the peoples of the two countries were tied by traditional bonds of friendship, good-neighborliness, historical and cultural community.

«Unfortunately, an incident happened recently in our border area. We need to jointly and objectively investigate it and take concrete measures to prevent similar situations in the future,» explained the head of Kyrgyzstan.

«We propose to give momentum and efficiency to the negotiation process. It is important to continue work on the issues of the Kyrgyz-Tajik state border, following the principle «from simple to complicated.» I am convinced that by joint efforts we will turn our borders into the gates of creation, peace and prosperity,» he added. 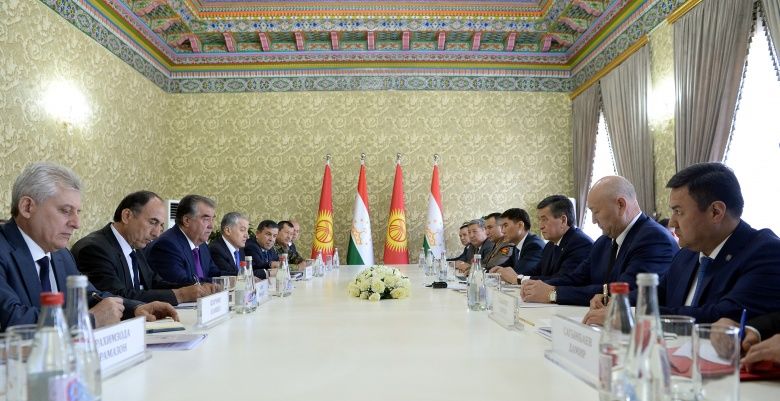 At the end of the meeting in Isfara, the presidents will arrive in Cholpon-Ata (Issyk-Kul region). Negotiations will continue tomorrow. The heads of state will discuss all issues of bilateral cooperation, including the demarcation and delimitation of the Kyrgyz-Tajik state border.