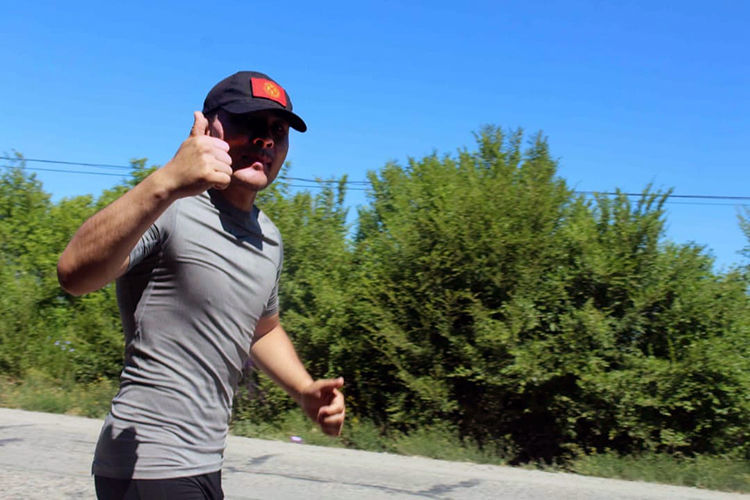 A soldier of the National Guard of Kyrgyzstan Kairat Rapiev became the Asian record holder in long-distance running. Press service of the General Staff reported.

The marathon lasted 43 hours 55 minutes 34 seconds. During this time, the soldier has run 374 kilometers.

«The ultra-marathon started on June 26 in Balykchi town and finished on June 28 in Cholpon-Ata town. Kairat Rapiev dedicated his running to the promotion of service in the Armed Forces, healthy lifestyle and the 27th anniversary of the formation of the National Guard. Rapiev did not stop to sleep and eat. The serviceman plans to get into the Guinness Book of Records. The current record is 560 kilometers. A medical vehicle with a doctor accompanied the serviceman along the whole route,» the General Staff reported.

The Chief of the General Staff Raiymberdi Duishenbiev met with the senior sergeant Kairat Rapiev and awarded him with the medal " For Distinguished Military Service " of the 2nd Degree.