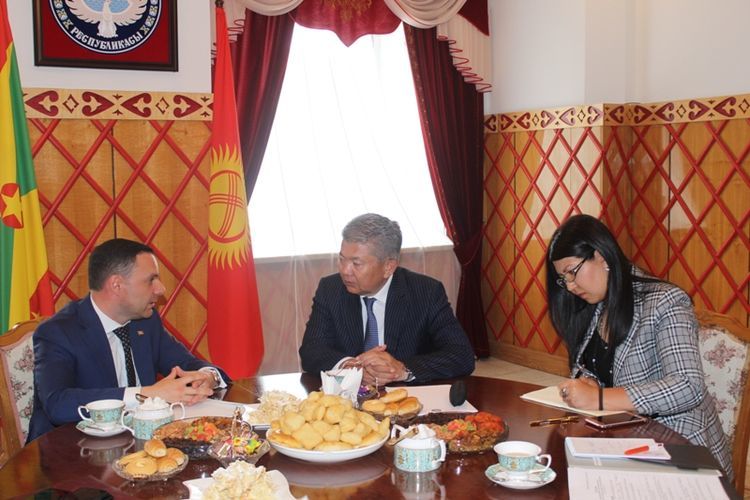 A ceremony of signing a joint communique on establishment of diplomatic relations between Kyrgyzstan and Grenada took place the day before at the Embassy of Kyrgyzstan in Moscow. Press service of the Embassy of the Kyrgyz Republic in the Russian Federation reported.

According to it, the Ambassador of the Kyrgyz Republic to Russia Alikbek Dzhekshenkulov signed the document from the Kyrgyz side, and the Ambassador Extraordinary and Plenipotentiary of Grenada to the Russian Federation Oleg Firer — from the Grenadian side.

The Ambassadors discussed possible areas of cooperation between Kyrgyzstan and Grenada at the bilateral level and within international organizations, primarily the UN, considered the possibility of supporting the candidacy of Kyrgyzstan to the UNESCO Executive Board for 2019-2023 and as a non-permanent member of the UN Security Council for 2027-2028.

Grenada is a country in the Caribbean, located on an island with the same name and a few smaller ones. The main island of Grenada is often called the Island of Spice because of many nutmeg plantations.