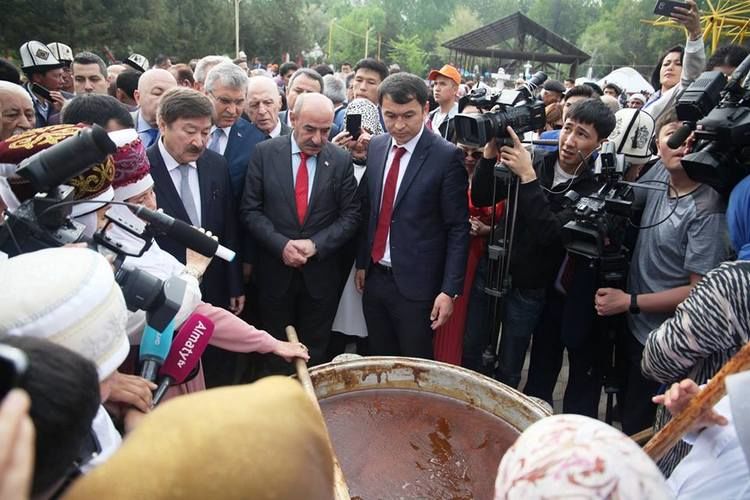 At the end of 2018, Osh city was declared the cultural capital of the Turkic world for 2019. Sumolok ceremony, which guests of the festive events participated in, took place today.

The traditional spring dish of the Turkic peoples was cooked in 100 liter cauldrons. Sumolok recipe is simple -wheat sprouts, dried fruit, vegetable oil and other ingredients.

When opening the sumolok, contours similar to the map of Kyrgyzstan were visible on the surface.

The treat was accompanied by a festive concert of ethnic groups. Festive atmosphere and great mood reigned in the Youth park. A breakfast was organized for the guests. 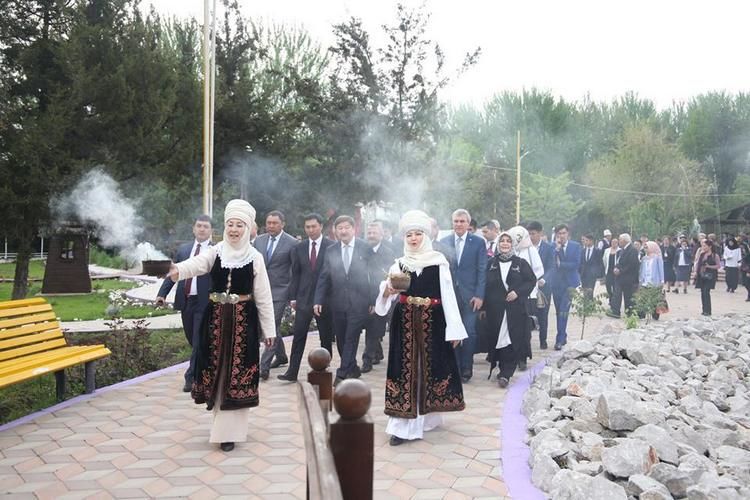 As part of the events, opening of the Kyrgyz-Turkish hospital and the international scientific-practical conference «Ancient Osh — Center of Civilizations» are planned.

Festival «Culture of the Turkic peoples on Sulayman-Too» will be held tonight in the ethnographic center «Alymbek Datka. Later, march will take place on Kurmanjan Datka street.

The grand opening will take place at 20.00 at the stadium. A big holiday concert will be held for the guests.

On the third day, there will be events aimed at strengthening social and economic relations, in particular, the international business forum «Sulaiman-Too — Symbol of Peace and Harmony: Tourism Potential of Osh and Osh Region on the Great Silk Road.»

At 16.00, residents and guests will be welcomed by the drama theater, where the International Festival of Ethnic Dances of the Turkic States and a gala concert of the participants of the international program «Osh — Cultural Capital of the Turkic World» will be held.

On April 22, the first ethnic festival will be held in Kara-Kuldzha.

Guests will see the culture of the region, customs and traditions of local residents.

A similar event will take place in Jalal-Abad.