President of Kyrgyzstan Sooronbai Jeenbekov met with representatives of public organizations who participated in the April 2010 revolution, victims and relatives of the victims. Press service of the head of state reports. 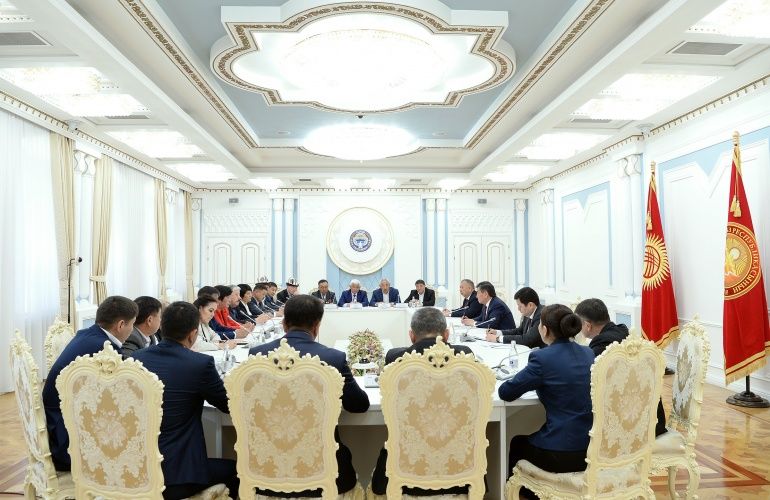 The President noted that the people’s revolution of 2010 was a historical event, which showed the people’s striving for freedom and indomitable will in the fight against family and clan rule, and their willingness to sacrifice their lives for the future of Kyrgyzstan.

«In order to perpetuate the names of those who died in these tragic events and preserve eternal memory, a corresponding decree is being prepared on marking the 10th anniversary of the April Revolution in 2020 at the national level. An organizational commission will be created, and the preparatory work will begin,» Sooronbai Jeenbekov stressed.

The meeting participants voiced requests and suggestions regarding socio-economic issues, development of culture and sports, regions, digitalization of the republic, judicial reform, and fight against corruption, noting that they fully support President Sooronbay Jeenbekov’s policy aimed at developing the Kyrgyz Republic and strengthening statehood, unity of the people.

The country will mark the 9th anniversary of the April Revolution on April 7.