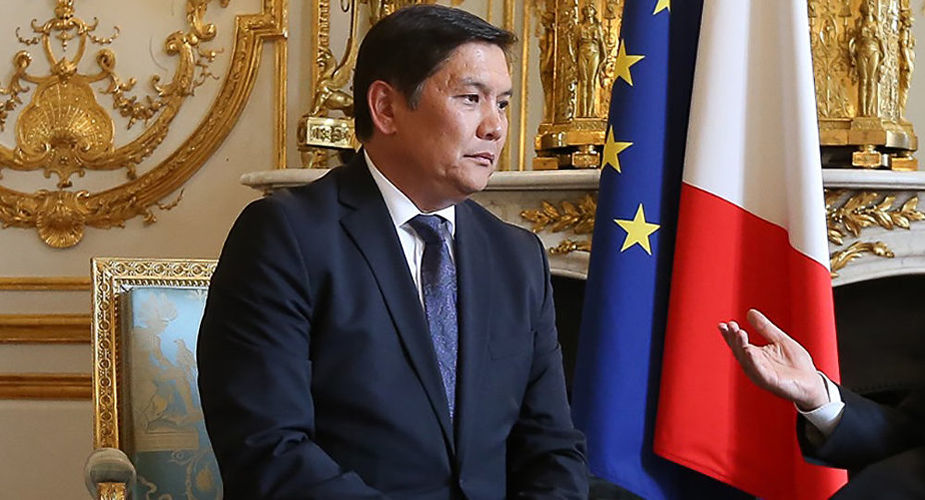 The Foreign Affairs Ministry of Kyrgyzstan nominated Asein Isaev for the post of Extraordinary and Plenipotentiary Ambassador of Kyrgyzstan to India. The parliamentary committee on international affairs, defense and security informed 24.kg news agency.

Asein Isaev is 55 years old. He graduated from the Ural State University and the Moscow State University named after M.V. Lomonosov, Ph.D. The diplomatic rank of an Ambassador Extraordinary and Plenipotentiary of the Kyrgyz Republic was assigned to him in 2016 by the decree of the President Almazbek Atambayev.

He began his career as a teacher in 1986 at the Osh State Pedagogical Institute;

1994-1995 — Attaché, Third Secretary of the Ministry of Foreign Affairs of the Kyrgyz Republic;

1995-1998 — Second Secretary, First Secretary of the Embassy of the Kyrgyz Republic in Kazakhstan;

1998 — head of the consular agency at Manas airport;

1999 — First Secretary of the CIS Department of the Ministry of Foreign Affairs;

2001-2002 — Head of the Department of International Security, Strategic and Legal Problems of the Ministry of Foreign Affairs;

2005-2009 — Director of the CIS Department of the Ministry of Foreign Affairs;

2009 — Secretary of State at the Ministry of Foreign Affairs;

Since 2015, he has been appointed an Ambassador to Belgium, the Kingdom of the Netherlands, Luxembourg, France, as well as the Permanent Representative of the Kyrgyz Republic to NATO and UNESCO.

Sooronbai Jeenbekov expresses condolences to President of Pakistan
News brief
26 May, Tuesday
15:11
COVID confirmed in patient of Maxillofacial Surgery Department after discharge COVID confirmed in patient of Maxillofacial Surgery Dep...
13:52
Motorcyclist killed in collision with two cars in Bishkek
13:27
Kindergartens not to work until COVID-19 situation improves in Kyrgyzstan
13:09
At least 372 Kyrgyzstanis leave Moscow
12:37
Heavy truck drivers from Kazakhstan kept at border to check for COVID-19
12:18
At least 22 Kyrgyzstanis return from India to homeland
12:04
Number of infected with coronavirus close to 5.5 million people globally
11:53
Railway routes for return of migrants to homeland not provided
11:39
Seven more medical workers contract coronavirus in Kyrgyzstan
10:29
35 new COVID-19 cases registered in Kyrgyzstan, 1,468 in total