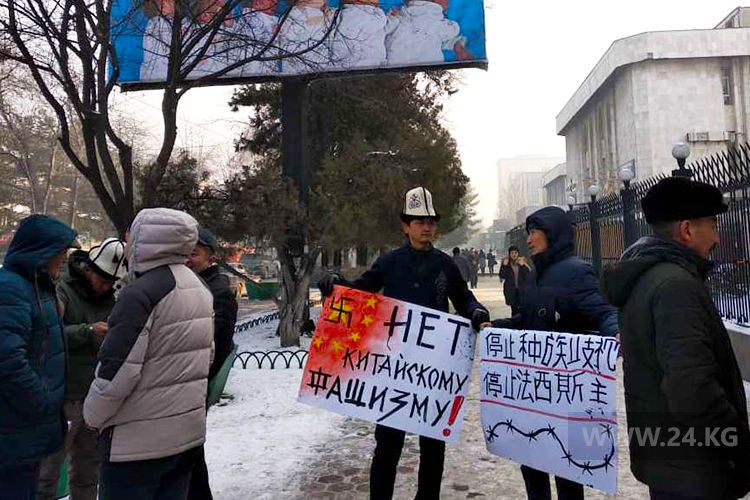 Citizens of Kyrgyzstan organized a rally near the UN House in Bishkek to draw attention to the problem of creation of re-education camps in China.

More than 20 people gathered at the rally. They wrote an appeal to the UN with a request to create a special commission to investigate what is happening in the PRC.

Protesters believe that there is political oppression of ethnic groups based on their ethnicity and religion in China. There have been presented many facts of violation of the rights of the Uighurs, Kazakhs and Kyrgyz. The world community should give its assessment, the rally participants noted.

«We demand creation of a special group of UN representatives who will be sent to China. We must find out what they want from the people, why they demand to forget their historical roots. It is necessary to establish a dialogue with the authorities of China to stop such actions. Representatives of the UN have already come to us. They agreed to receive five people. We hope that they will pay attention to the problem,» said Almazbek Zhazybaev, a representative of the Kyrgyz EL Zhashtar Keneshi Public Association.