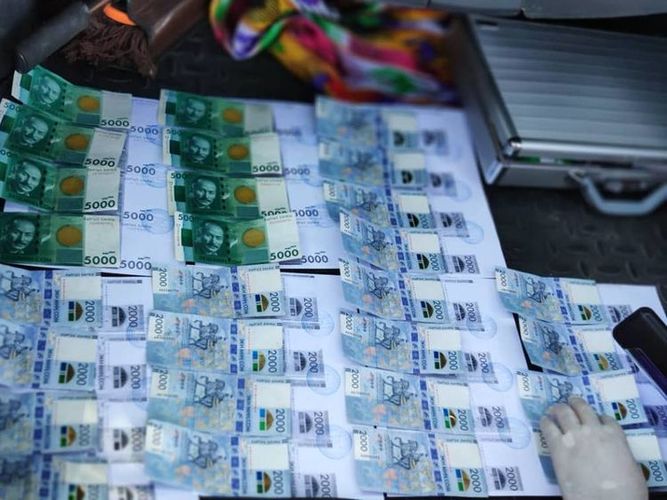 The State Service for Combating Economic Crimes caught a tax officer red-handed, who extorted 200,000 soms from an entrepreneur. Press service of the state agency reported.

An entrepreneur from Jalal-Abad region turned to the State Service for Combating Economic Crimes. He complained that an employee of the Tax Service Department for the region under the threat of a fine was extorting from him 200,000 soms for a positive solution of the issue and offered further protection.

Based on the collected materials by the state service, the Prosecutor General’s Office opened a criminal case under Article 313 (extortion of a bribe) of the Criminal Code.

Senior inspector of the Tax Inspections Department for Jalal-Abad was detained red-handed while receiving a part of the bribe — 80,000 soms. Pervomaisky District Court of Bishkek choose for him a preventive measure in the form of detention in pretrial detention center 1. The investigation is underway.

«Currently, the State Service for Combating Economic Crimes carries out operational-search measures to protect the business from illegal inspections and extortion by officials of state regulatory authorities throughout Kyrgyzstan,» commented the agency.