Sculpture of Chingiz Aitmatov to be presented to Kyrgyzstan

Tamila Mamatova, a graduate of the St. Petersburg Academic Institute of Fine Arts named after I. Repin, created a three-meter sculpture of Chingiz Aitmatov as her diploma work. She told about it at a press conference in 24.kg news agency.

The sculptor brought the gypsum molds to Kyrgyzstan and asked officials to consider the possibility of making the sculpture from bronze and installing it in a park.

«During my studies I looked into the portrait genre of sculpture, I always dreamed of making an image of Chingiz Aitmatov, because I love his works, I always read his books,» she said. 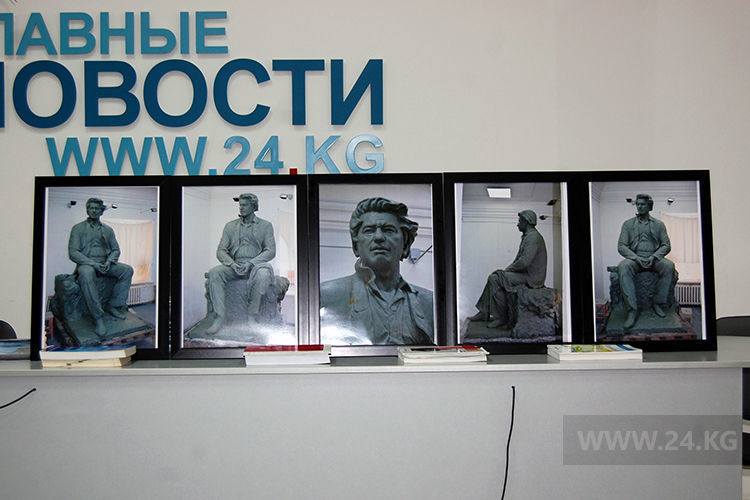 The sculptor admitted that the writer was respected, honored, remembered in Russia. «The teachers advised how to do it. They said he was thin, intelligent, sensitive. For the work I chose the period of his heyday, made several sketches within a year, studied archive photos,» she noted.

According to approximate calculations of foundry workers, at least three million soms will be needed to create a bronze sculpture.

The head of Kurmanjan Datka Foundation Zhyldyzkan Zholdosheva added that she decided to help the young sculptor when she saw her diploma work. She added that Chingiz Aitmatov remained in memory as a creator, as a man who did much for the country.

His character, traits, his aspirations, dedication, lust for life — all this Tamila Mamatova expressed in her work. A sculptor rarely manages to convey the inner state of a man.

She also appealed to officials and mayors of cities to consider the possibility of installing the sculpture in a park or public garden.