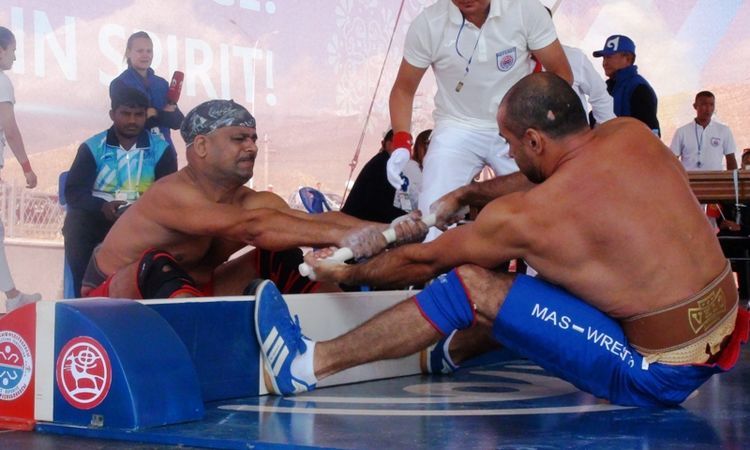 The champions of the tournament in mas-wrestling were announced at the 3rd World Nomad Games, taking place in Issyk-Kul region.

Mas-wrestling is the national sport of Yakutia. Two athletes sit opposite to each other and rest their feet on a special board. A referee gives them a stick, and the fight begins. A sportsman has to snatch a stick from the hands of an opponent, or drag it to his side. The Kyrgyz have a similar sport — tayak tartysh.