Jeanne Féaux de la Croix can confidently be called a citizen of the world. She was born in Germany, but besides German, she has French and Scottish origin. She visited a lot of countries and fell in love with Kyrgyzstan. 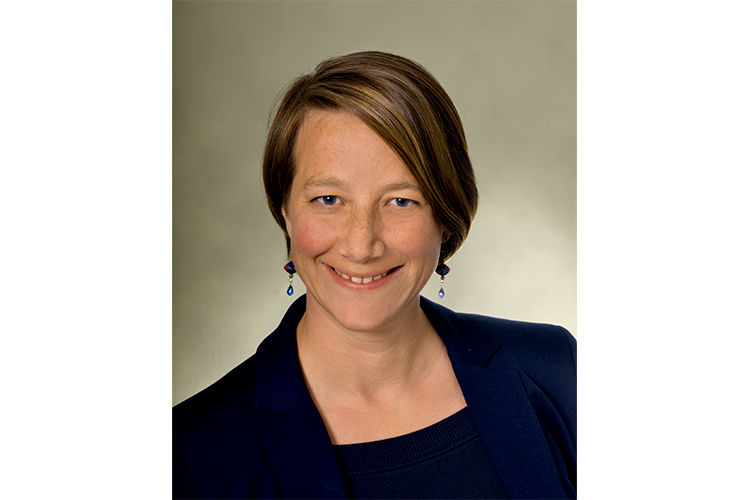 Jeanne Féaux de la Croix is an anthropologist, author of many publications, Doctor of Science. She mainly lives in Germany and is a lecturer at the famous University of Tübingen, history of which dates back to the 15th century. The Doctor came to Kyrgyzstan for the first time 12 years ago. Since then, she comes here several times a year. Jeanne Féaux de la Croix works as a member of a team of scientists from Central Asia and Germany, who explore the social history of the Syr Darya River. Jeanne is responsible for Naryn River, which is one of its sources. She studies issues related to glaciers, hydroelectric power plants and pastures, as well as human impact on the environment; prepares scientific works and presents them at international conferences. She acquaints the local population with foreign donors, who want to help with clean water supply and solution of climate problems.

— There are a lot of things that I like. For example, there are almost no lonely people, maybe only among the elderly. Loneliness is one of the most serious social problems among almost all age groups in Germany.

— What in Kyrgyzstan reminds you of your homeland?

— The mountains. We have them too, and the grapes.

— Do you miss something while living here?

— I am fine. Our team is very close, and there are many people like me in it, including the Kyrgyz, who had lived in Italy or Canada for a long time, and a native of Dushanbe, who has settled in Bishkek long time ago.

I do not feel like a foreigner here. I have learned the Kyrgyz language for the first 18 months and I freely speak it since then. People around me like it. I had lived near Toktogul for a long time while writing my doctoral thesis. This is my favorite place in Kyrgyzstan.

I have two children — three and six years old. Recently, I began to take them here with me. They have a good time here. We conduct field research together. 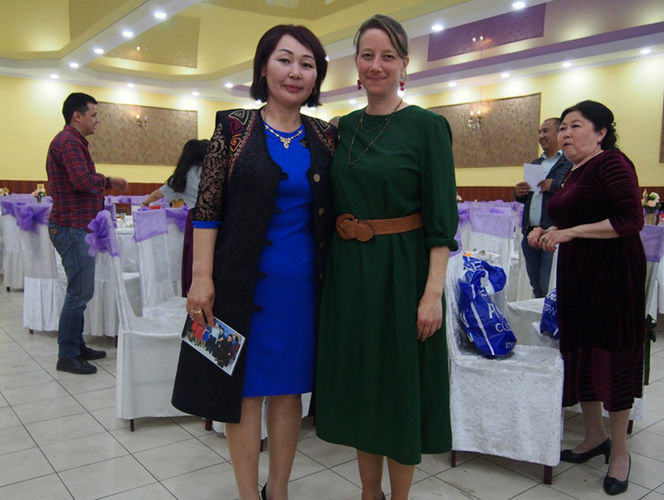 — I love chuchuk, kumyz, honey and fruit. I like Korean salads here.

I’m not afraid of anything. I have already tried everything.

— Migrants do not see each other for a long time, but then, when they meet, they communicate as before. Their affection and devotion to each other fascinates me.

There is not one culture in Kyrgyzstan, but a layering of many cultures. This is the wealth of the country! I see it also in Uzbekistan, Tajikistan and Kazakhstan, which I also visit on business.

I am disappointed that motorists often neglect the traffic rules. This results in traffic accidents. Few people have access to good health care. The most disappointing is the social injustice, a huge gap between the rich and the poor.

-Local people are often late. Have you noticed it?

— There is a stereotype that the Germans are very punctual. It is useful for me. People think that I am like that, and come to meetings with me on time. But, sometimes, I also come late!

— What would you change in Kyrgyzstan?

— I would try to establish social equality, in order all people to honestly pay taxes and each child to have an opportunity to study free of charge and receive medical care. And I would urge everyone to protect the environment, otherwise there will be big problems.

You can also meet nationalism and xenophobia in Europe like here now. People forget about things that unite them. Such a link in Central Asia is the river that I study. On the one hand, there is a dispute over it. On the other hand, it connects the population of the region. I would like them to remember this.

link: https://24.kg/english/94310/
views: 840
Print
Related
Atsuto Uchiyama about difference between Japanese and Kyrgyz sushi
Siôn Roberts: Bishkek saved me from sad and depressing time during the pandemic
Oscar Herrero from Spain about his worries and delights in Kyrgyzstan
President Japarov receives Honorary Consuls of Kyrgyzstan in Germany
Valerian Sibille doesn't like Kyrgyz language, but wants to return to Kyrgyzstan
Striker of Alga Tosin Aleriwa about football, plov and stupid people
Germany provides reagents for detection of COVID-19 strains
COVID-19: Group of doctors from Germany arrives in Bishkek
Batken tragedy: Kyrgyzstanis picket in Germany
Switzerland and Germany to support southern regions of Kyrgyzstan
Popular