Wedding of the only daughter of Dariga Nazarbayeva and the older granddaughter of Kazakhstan’s President Nursultan Nazarbayev — Venera — took place in Almaty. The Kazakh media reported.

The girl married 22-year-old Dalen Chaizhunusov, a descendant of the well-known dynasty of the Chaizhunusovs in Kazakhstan, a graduate of the Law Faculty of the National University of Kazakhstan named after Al-Farabi.

The granddaughter of the President of the Republic of Kazakhstan Venera is studying art and public communications. 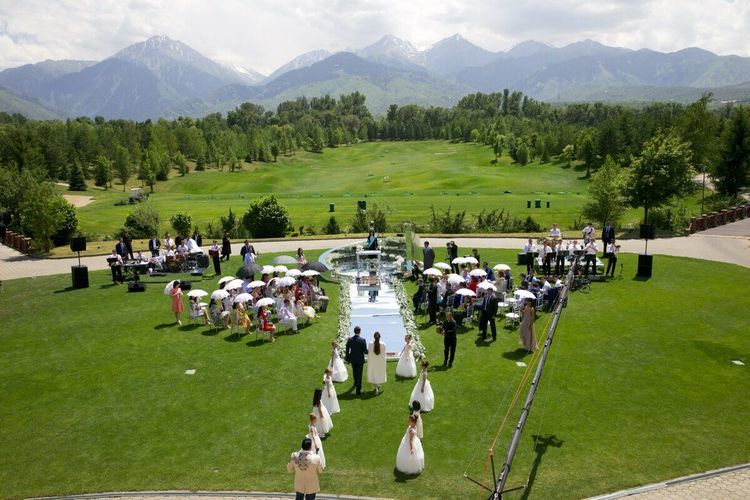 The President Nursultan Nazarbayev and his wife gave their blessings to the newly wedded couple at the wedding, which took place at Ritz-Carlton Hotel in Almaty.

The national cuisine with the European elements predominated in the festive menu. The wedding was held in compliance with all Kazakh national traditions.