Government focused on improving life, development of economy and regions 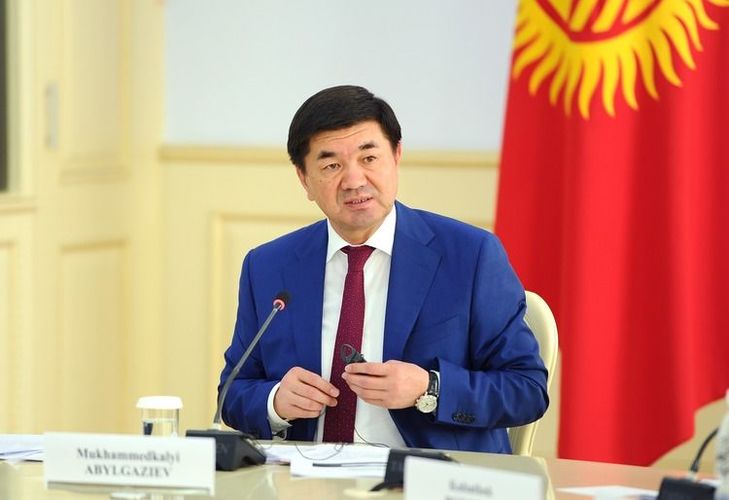 «The government is most focused on work to improve the quality of life, development of the economy and the regions of Kyrgyzstan,» the Prime Minister of Kyrgyzstan Mukhammedkaly Abylgaziev said at the meeting of the Coordination Council of Development Partners.

According to the Information Support Department the Government, the Concept of Regional Policy and the Program of Development of the Kyrgyz Republic for 2018-2022 «Unity.Trust.Creation» was presented at the meeting.

«The main goal of the concept is the accelerated social and economic development of the regions to improve the well-being and quality of life of the population. Within its framework, it is planned to implement development programs for 20 cities-growing points that will involve adjacent territories in economic activities,» the prime minister said.

«In order to deepen the specialization, it is planned to launch a tourist cluster in Issyk-Kul region, a sewing cluster in Bishkek and Chui region, an agricultural cluster in Osh, Batken, Jalal-Abad, Naryn and Talas regions,» he stressed.

Mukhammedkaly Abylgaziev noted that along with the creation of new economic investment opportunities, they would promote projects to modernize the infrastructure of cities and settlements in the regions.

«It’s building and repairing of roads, modernizing the irrigation network, providing social housing, developing a network of social institutions, creating a favorable investment climate. This approach of regional policy will give an additional impetus to the economic activation and accelerated development of the regions, to the change in the management model,» the head of the government said.

The Prime Minister stressed that the programs were developed «taking into account the requirements and opinions of the people, the proposals of deputies.» The documents coincide with the main directions of the country’s Development Strategy until 2040.