Japanese fascinated by cattle market in At-Bashi, taste of apples in Bokonbayevo

Kikuda Kaede first came to Kyrgyzstan at 21, and now she is 25. During this time, she had managed to work in our republic as a long-term and short-term volunteer.

«I celebrated my birthday in Kyrgyzstan three times,» the girl told. «I came from the small city Kanazawa, capital of Ishikawa Prefecture. Japanese traditions and culture are very much respected there. My city is famous for tea ceremony art, the Japanese castle. One of the three main gardens of Japan, Kenrokuen, is located there.

— Why did you decide to come to Kyrgyzstan?

— I wanted to work abroad since my senior school time. At first, I thought about the USA and Europe, wanted to live in a big city. But after my study abroad and acquaintance with different countries, my vision of ​​working there had changed.

Having graduated from the industrial college with a specialization in information technology, I decided not to get a job as usual, but try to work as a volunteer. Since my childhood, I have been practicing traditional Japanese dances and calligraphy, so I decided to impart our culture.

At that time, I learned about the Kyrgyz Republic — Japan Center for Human Development, that many Kyrgyz citizens study Japanese culture. So I decided on the country. 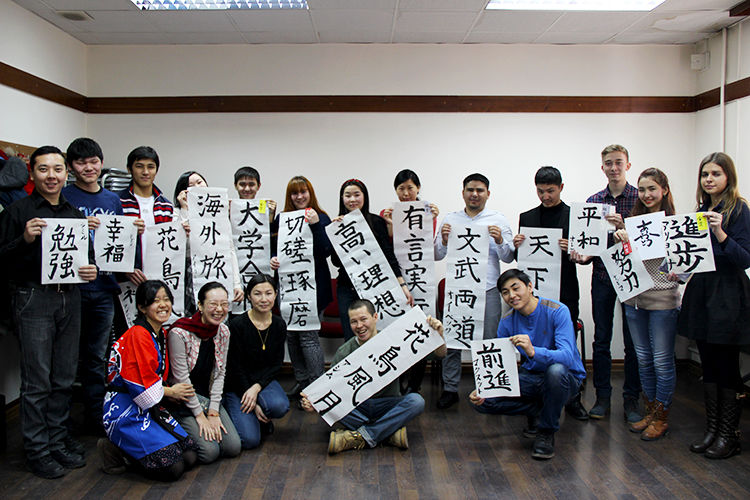 — How did you get acquainted with our republic?

— In Kyrgyzstan, I met many fans of Japanese culture. I held monthly events and courses for students and other interested citizens in the center.

I gave lessons in ikebana, calligraphy and Japanese dances, taught the art of putting on kimono and yukata. I organized several events: for example, mochitsuki (making crushed rice dough on New Year’s Eve) and bon-odori (feast of the commemoration of the deceased, accompanied by traditional dances).

I think I had managed to provide an opportunity to immerse into the real culture of Japan.

Every day I thanked the people who were interested in Japanese culture, because I would not have a job without them.

I devoted most of my efforts to the calligraphy course. There is a club in the Japanese center, which is visited by about 10 people, we train weekly there. I also learned a lot from the members of the club, we thought together about the essence of Japanese culture. The time spent with students and with the people working in various fields gave me new strength. I was able to learn about the Kyrgyz culture, the views of citizens of Kyrgyzstan, listening to the impressions of the students about the art of calligraphy, watching their progress, rejoicing together with them when a student was able to draw his favorite hieroglyph.

I hope that the members of the club will continue to spread the calligraphy art in Kyrgyzstan.

— What regions of Kyrgyzstan have you already visited?

— I mostly spent time in Bishkek, but in the summer I had managed to go around Issyk-Kul lake and visit Naryn in winter.

I visited the cattle market in At-Bashi, Naryn region. I liked the atmosphere, full of energy and strength. The meat was delicious, and the people were kind.

I visited thermal springs in Issyk-Kul region, stayed in a yurt, was able to enjoy an active summer vacation, which can only be experienced in such an amazing place. I will not be able to forget the taste of apples, which I tried in Bokonbayevo and Bar-Bulak villages, for a long time! 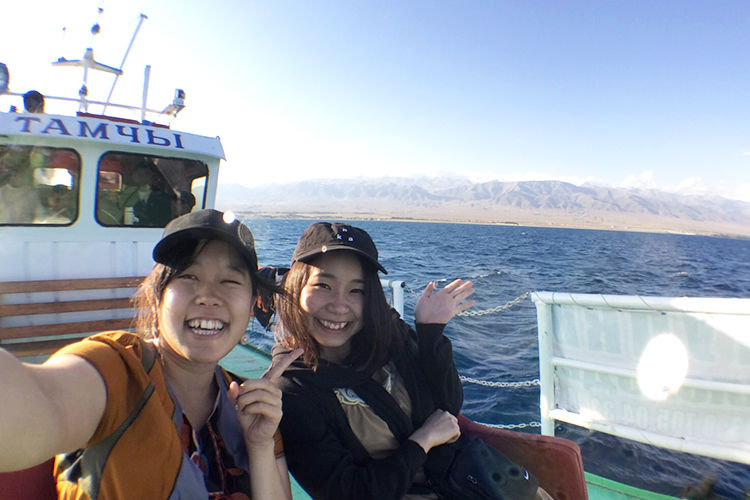 — What surprises you in Bishkek / Kyrgyzstan?

-Even now I am impressed by the illumination on Ala-Too Square in winter and New Year’s fireworks. In Japan, fireworks are usually displayed in the summer. In the summer, I really like to enjoy the mountain scenery, which can be seen from the Youth Alley next to the Philharmonic Hall.

I am also surprised by the landscape of Ala-Archa state park, changing every season. I have managed to enjoy the nature of each season, so I want to come here again and again.

-Surely you already have a favorite place in Bishkek...

— It is panorama, where the national flag is set. There you can see the whole city, as it changes with quickly constructed buildings. And in the evening, if you’re lucky, you can watch the fireworks and, of course, enjoy the scenery of a season.

There are many places in Kyrgyzstan that I did not have time to visit.

I liked the landscapes of Kok-Dzhayik and Son-Kul. I love places with mountains, yurts and horses.

— What reminds you of your hometown here?

— The warm attitude of the people. The fact that the upbringing of a child takes place under the care of the whole family, all the villagers. In the big cities of Japan, of course, people’s relationships are limited, but I grew up in a place similar to a village. All residents are on friendly terms and always look forward to the return of their fellow villager to homeland.

All four seasons are clearly observed in Kyrgyzstan, and autumn here reminds me very much of my native city. 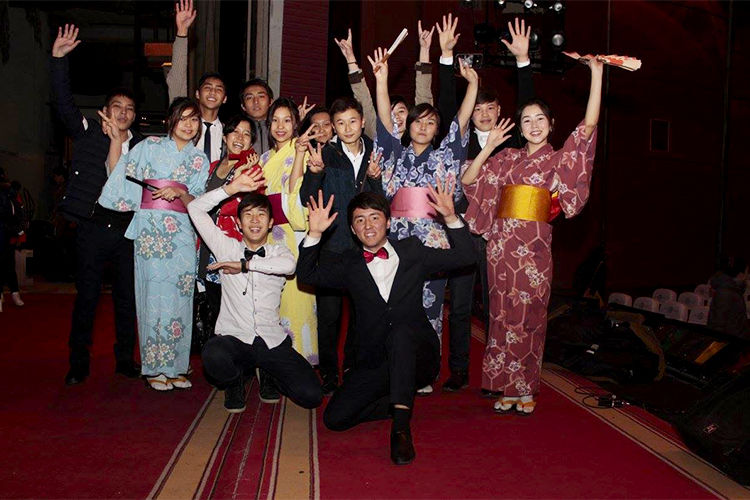 -Once, at the birthday of one of my friends, I tasted a very delicious plov, I also liked lagman at Madina bazaar, I ate kuurdak at a party. I like all the national cuisine, which is usually cooked at home. But I’m afraid to even try chuchuk...

— At first, I proceeded from the Japanese way thinking, and I was disappointed by the sudden change or disruption of the plans.

But after that I adjusted and began to always think over the plan B.

I was fascinated by the hugs of students and friends. There is no such culture in Japan. When the distance between people is shortened, a trusting relationship is born, a love for friends appears. One can not express those feelings that can be conveyed by a hug only through the words «Thank you!», «Let’s try!», «How are you?» The hugs of students and friends have always supported me.

— There was no restriction of freedom in Bishkek, the infrastructure is developed, so I had a full and happy life.

— I want to return for a trip around Kyrgyzstan. For the time spent here, I had no hasteless rest, therefore next time I dream of spending a week on jailoo in order to enjoy the pristine nature of Kyrgyzstan, to visit all the places around the country. In particular, I want to return to visit Sary-Chelek.

link: https://24.kg/english/80967/
views: 449
Print
Related
Ambassador of India to Kyrgyzstan: I would like to see more libraries in Bishkek
Makiko Uehara and Aya Murakami: Japanese and Kyrgyz are similar in appearance
Kübra Erbayrakçı from Turkey about wonderful aspects of Kyrgyz language
Mariko Kato misses the sea, but fell in love with mountains in Kyrgyzstan
WHO assesses danger of new coronavirus strain in Japan
Adnan Qureshi: Spirit and atmosphere in Bishkek are similar to London
Ina Creanga tells why she changed forests of Moldova for mountains of Kyrgyzstan
Joanis Santa Cruz from Cuba learns Kyrgyz to dedicate a song to Kyrgyzstan
Ricard Tomas Herrero about Kyrgyzstan: I can’t imagine better place to stay
Kyrgyz teacher ends up in Madagascar and changes his mind about education system
Стоимость акций Центерры на бирже в Торонто (TSX)
на 05.03.2021
USD 9,8