What did the Presidents of Kyrgyzstan and Uzbekistan talk about? 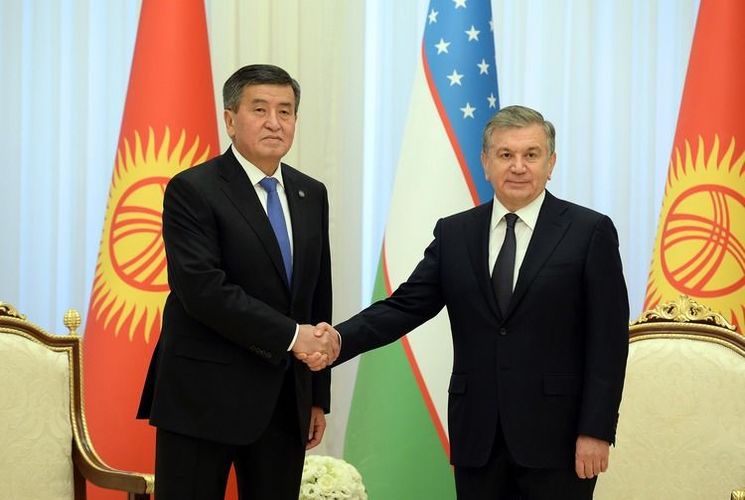 The President of Kyrgyzstan Sooronbai Jeenbekov held talks with his Uzbek counterpart Shavkat Mirziyoyev in a narrow format. Information Policy Department of the Presidential Administration reported.

«A lot of reforms have been carried out over the past six years by Almazbek Atambayev, and the current course of  is supported by the people. The elections in  have shown the whole world an example of a civilized transfer of power by democratic means. We are pleased that the people of  have chosen the path started by Almazbek Atambayev. And presidential elections showed that these reforms will be continued. The Uzbek people were also very happy with your victory,» the President of Uzbekistan noted.

The President of Uzbekistan stressed that Sooronbai Jeenbekov managed to win people’s trust through his sincerity and closeness. «You are an experienced leader, headed a large sphere and were the Prime Minister of the country. I have followed the same political path and I know how difficult it is,» Shavkat Mirziyoyev said.

You are a worthy elected president who will ensure continuity in politics. We are very pleased that you make one of the first official visits to Uzbekistan.

He stressed that the priority for in foreign policy is the friendship with its neighbors. «The nearest neighbor for us is . We should have no boundaries, and we must go only forward at a completely different level. I’m sure we’ll find common ground, and solve the existing problems. Especially the residents of the border areas are waiting for our decisions,» the head of  noted.

He added that in the history of relations between the countries this level of trade has not yet been reached.

This is $ 250 million at the end of the year. This shows that we not only formally opened the borders, but sincerely opened souls to each other. When there is a political will to put relations on a completely new level, much depends on the presidents. We do what the people want. People want to see everything good today, not tomorrow.

President of Kyrgyzstan Sooronbai Jeenbekov thanked his Uzbek counterpart for the invitation to pay an official visit to .

«From the first minutes we have experienced traditional Uzbek hospitality. We are very grateful for the warm welcome. This is my first official visit as head of state. firmly intends to strengthen and develop our fraternal relations. We are very interested in this. I express my sincere gratitude for the congratulations and wishes,» said the President of Kyrgyzstan Sooronbai Jeenbekov.

2017 is a turning, fateful, historic year in our relations. There were state visits by Almazbek Atambayev to Uzbekistan, yours — to Kyrgyzstan. This raised our relationship to the highest level, at the level of very high strategic partnership.

«A lot of work has been done for this, as much as in the past year has not been done for a quarter of a century,» the Kyrgyz President stressed.

I, as the new president of the state, want to confirm that the agreements reached are still valid. I will do my best to implement them for the benefit of our peoples.