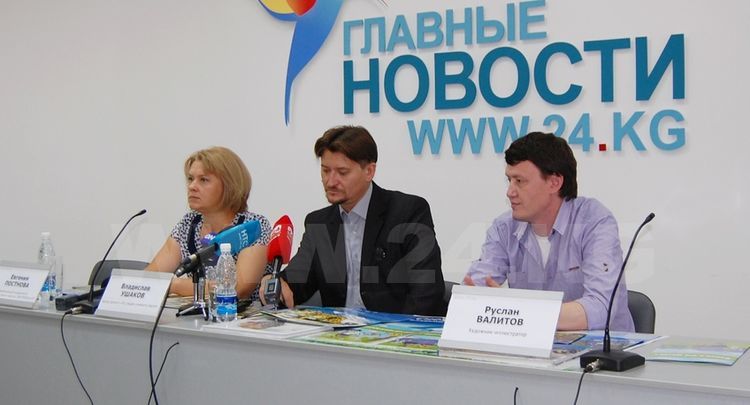 To keep the snow leopard, a ban on hunting is needed. The author of the project «Following the snow leopard» Vlad Ushakov said today at a press conference in 24.kg news agency.

According to him, in addition to seminars that don’t affect the number of snow leopards, laws are needed that would prohibit hunting for rare animals that make up the food base of the snow leopard. «To survive, not even to increase the population, it needs wild sheeps and ibexes. But the number of these animals falls, as there is a hunt,» Vlad Ushakov said.

Coordinator of the GEF / UNDP Small Grants Program in the Kyrgyz Republic Evgenia Postnova noted that when we talk about protecting the snow leopard, we mean not only poaching. «Much depends on the place of his dwelling, the ecosystem. It needs several thousand kilometers for hunting and moving. Therefore it is necessary to keep its food base — ungulates. The largest population of snow leopards is in the oblast. Another problem arises when the snow leopard penetrates into unfortified sheepfold sheds and kills cattle. The response from people is the killing of an animal. Therefore, part of the money goes to the strengthening sheepfold sheds,» she said.

In addition, the second comic book collection «Barsi and Friends» was created in  for children’s environmental education. Currently, comics are translated into Kyrgyz and English.

Recall, Bishkek will host the International Forum on the conservation of the snow leopard and its ecosystems on August 23-25 ​​.

It is expected that the event will bring together the leaders and representatives of the governments of the twelve countries of the Red List species habitat, as well as other interested countries — leaders of international and donor agencies, environmental and scientific organizations.

The international forum aims to further strengthen the efforts of a number of countries to protect the snow leopard and to increase international support for the plan to provide the leopard with 20 landscapes by 2020.