An attempt to illegally sell three snow leopard skins was suppressed. The State Committee for National Security of the Kyrgyz Republic reported.

A citizen planned to sell three skins of snow leopards in Osh city for $ 4,500, which he acquired from citizens of Tajikistan.

The man was caught red-handed. 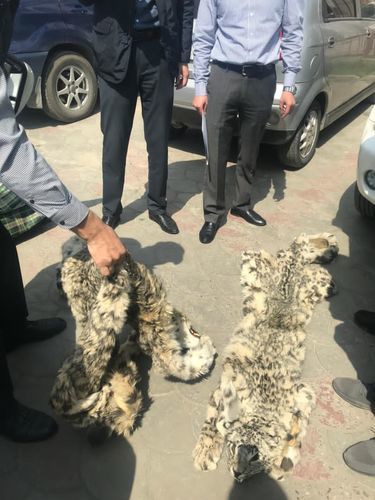 Materials were registered on the grounds of a crime under Article 293 (destruction of animals and plants included in the List of endangered species) of the Criminal Code of the Kyrgyz Republic.

Pre-trial proceedings are ongoing to establish all the circumstances and identify accomplices.