The State Committee for Industry, Energy and Subsoil Use loudly and pompously presented the investor for the cascade. They say, look, you did not expect, but we still found people willing to build a complex project for us. Truly speaking, the generous investor looks like not a very reliable partner.

We will build everything

Last week, there was signed an agreement between the Kyrgyz government and Liglass Trading CZ, SRO for the construction and commissioning of Ak-Bulun hydropower station and Naryn HPP-1 of the Upper Naryn cascade. The same company won the tender for the construction of ten small HPPs. 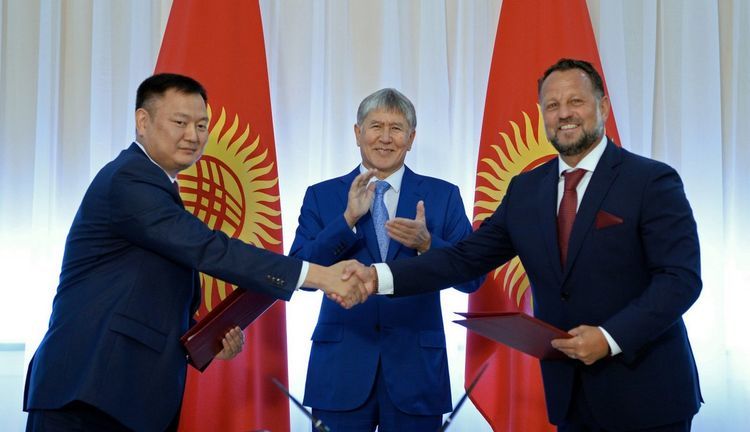 The Czech company will invest $ 37 million to the authorized capital of Upper Naryn HPPs CJSC to launch the procedure for transferring the stake to the Russian side in the amount of 50 percent of the shares.

Under the agreement, the feasibility study of the project will be updated; construction, commissioning and operation of the stations on schedule will be ensured.

After the first two HPPs of  cascade are commissioned, an agreement is expected to be signed for the second stage of the construction — the construction of Naryn HPP-2 and Naryn HPP-3. The preliminary amount of investments is estimated at $ 270 million. Part of the funds at the second stage will be a loan. However, the State Committee for Industry, Energy and Subsoil Use assures that the loan will be preferential and interest free.

It would seem that all what the officials dreamed for so long about, has come true. The investor will return money to the Russians, build hydropower stations, and also wants to build a garbage processing plant and start the production of solar batteries. It’s just a miracle investor for .

Who are the Czechs?

It was reported that the Czech company Liglass Trading CZ, s.r.o. has been working in the field of construction of power facilities since 2003. It was noted that the company, in addition to the , has experience in the construction of hydropower plants in , , and other European countries, as well as in .

And now let’s see who is this mysterious and generous investor who is ready to pay off all our debts to RusHydro and build not only a dozen small hydro power plants, but at least two stations of the cascade.

Liglass Trading already has its official website. There are reports that the company works in the power industry sector. But it is impossible to study the data. Homepage of the website says that it is under reconstruction. 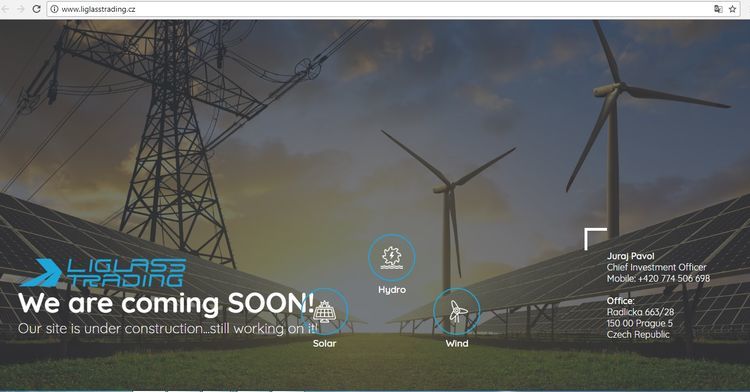 The search for data about the company in Google does not bring anything, except for sending to the Internet resources of , which reported on the agreement signed in Bishkek.

There are also official data from Czech ministries. The database of the Ministry of Justice of the indicates that Liglass Trading was established in 2003 with an authorized capital of 200,000 koruna (about $ 9,000).

The business scope of the company is production, trade, services, as well as lease of real estate, apartments and offices. The firm is engaged in wholesale trade in porcelain, glassware and detergents, production of rubber and plastic products, processing of metals, but there is not a word about infrastructure projects.

The Czech investor finished the first year of its activity with losses. According to its financial report, operating profit for 2004 was CZK 1,031 million ($ 37,849). Two years later, the losses have doubled. And only in 2012 the company’s turnover grew to 1,358 million koruna of income, and net profit without tax deductions amounted to 896,000 koruna (almost $ 48,000 at the rate in 2012). But 2014 was unprofitable again. Data on the financial results of Liglass Trading for 2015 and the state register of the Ministry of Justice of the are absent.

Did not they recognize friends?

From bad to worse, Czech media became interested in the company. It turned out that none of the power industry specialists in the had ever heard of Liglass Trading. The server IHNED.cz says that Liglass is an unknown company with a small turnover. Usually in such cases the companies turn for financing to the State Czech Export Bank. However, the bank does not even have its loan application.

The company is not known not only by specialists in the field of energy, but also by competent authorities. Why, then, do the authorities of  so actively promote the company and believe in its crystal reputation? It’s simple.

According to Neovlivní.cz, the interests of the Czech company Liglass Trading CZ in the receipt of the order for the construction and operation of hydropower plants were lobbied by the head of the Office of the Czech President, Vratislav Mynar, recommending this firm to his Kyrgyz counterpart Sapar Isakov.

Neovlivní.cz got a letter sent by Mynar to Isakov dated September 2016. Vratislav Mynar confirmed that he had supported the company as a Czech firm, but rejected the suggestions about his personal interest.

As the Honorary Consul of the in Bishkek, Marat Janbaev, told Aktuálně.cz, he learned about Liglass earlier this year, when members of the Kyrgyz government asked him to provide additional information about the company. Together with the Ambassador of the in Astana, he organized a meeting of the Presidents of the and at the opening of Expo 2017 during which Liglass company was discussed.

Petr Jurcik, head of the regional office of CzechTrade, said that he first heard about Liglass Trading CZ three weeks ago. Aktuálně.cz also found out that the company is connected with the well-known lawyer Dragomir Walles.

Attempts of Czech journalists to find out anything in the company itself were unsuccessful too. Liglass did not want to talk about the construction of hydropower stations in .

According to the commercial register, the company’s managers are Michael Smelik and Jerry Wojtekowski. In January 2017, they organized a Kyrgyz-Czech business forum. The Liglass office is situated in the same building with the law firm of the well-known lawyer Dragomir Walles.

Representatives of companies did not want to comment on the project in . Two managers Michael Smelick and Juraj Pavol refused to talk about the specifics of the project, advising journalists to turn to the project manager and director for the Eurasian region, Jerry Wojtekowski. Wojtekowski himself did not say anything either.

«I will not comment. The specifics of the contract are a trade secret," Jerry Wojtekowski said.

A very strange unwillingness to promote their companies, is not it?

We wish would not be involved into another turbid story with very strange partners, who, as it turned out, have not a penny to their names, except for loud promises…