Kyrgyz section of CASA 1000 line can be extended

The length of Datka — Khujand 500 kilovolts line according to the original project is , but it may become longer. Akylbek Tyumenbaev, Executive Director for the implementation of the projects of National Electric Networks of Kyrgyzstan JSC, told this during the press tour to power facilities in Jalal-Abad region.

According to him, the line from Datka substation to  city should have been built in parallel to the existing Datka — Uzlovaya line with a voltage of 220 kilovolts.

«There are small problems in Taigaraev village (Jalal-Abad region), there are many buildings in the fenced-off area of the future power line," Akylbek Tyumenbaev said. As he noted, the company, which will win the tender for contracting work, will present the final project for the construction of the line. «It will either be constructed bypassing the village, or another corridor will be found," the representative of NENK said.

According to Akylbek Tyumenbaev, there is a similar problem with Uzgen town. 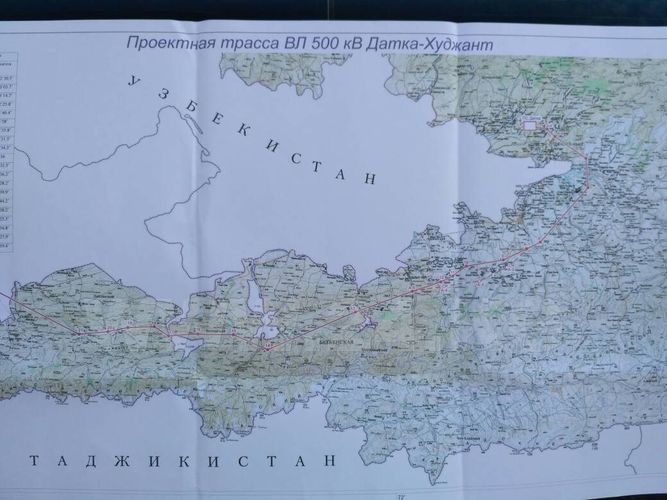 He told that currently Ecopartner is conducting environmental studies of the future power line at the expense of the grant provided by the World Bank.

Recall, the international energy project CASA 1000 provides for the construction of the power line from to . The total cost of the project is more than $ 1 billion.