Chairman of National Bank about non-standard solutions and large profit 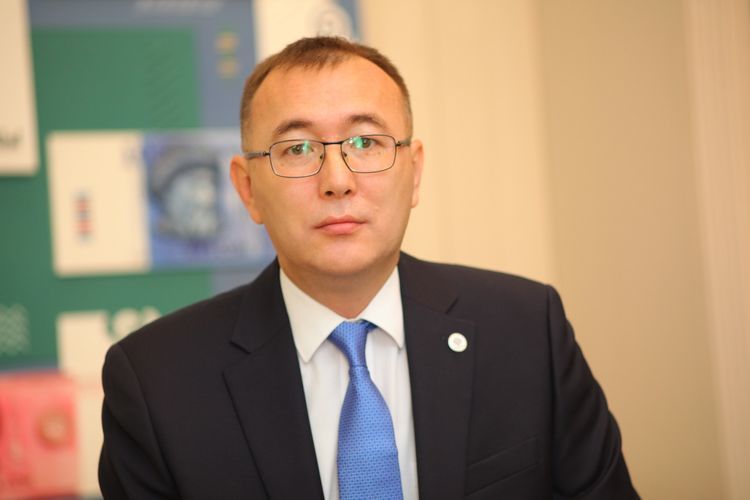 The Chairman of the National Bank of Kyrgyzstan, Tolkunbek Abdygulov, explained in an exclusive interview with 24.kg news agency how the central bank got a record profit during the crisis year and why the bank doesn’t support the bill of the deputy Samatbek Ibraev.

— Last year was difficult for the country’s economy. The National Bank had to make non-standard moves, take difficult decisions in order to maintain financial stability and influence economic processes. We did it. Our forecast that gold prices will grow came true. We bought gold on time, before the crisis, and, as we predicted, its price increased.

By the way, in August last year, a historical maximum was reached in terms of the volume of gold and foreign exchange reserves — over $ 3 billion. Last year we also sold $ 518 million in the foreign exchange market and benefited from the exchange rate difference.

The profit of the National Bank of the Kyrgyz Republic in 2020 amounted to 8.5 billion soms. At least 7.6 billion soms of the sum were transferred to the budget.

So the secret of the National Bank’s profit is a competent analysis of all the opportunities, consequences and risks and making decisions on this basis only.

— Was the decision to disable SWIFT during the October events also weighed and analyzed? It was, let’s say, audacious.

— It was weighed and analyzed, of course. There are 2010 events in Kyrgyzstan’s background. During such events, there is a danger of uncontrolled withdrawal of public funds. Even a short period of anarchy can be used by different people, because it is almost impossible to control the accounts of state-owned enterprises, ministries, departments. It will be difficult to find and return them then. Therefore, as soon as the October events started, the National Bank disabled SWIFT payments in order to primarily protect the interests of the state.

Yes, someone had pressing deadlines of contracts, someone wrote to us, asked to resume SWIFT payments, but if there is a revolution in the country, this is force majeure.

We were worried about the free funds of state-owned enterprises, the same Severelectro or the Social Fund. There was also a mess at that time. And if someone took the money and transferred it, then it would be hard to return. Therefore, in order to secure the country, this decision was made. It was a tough decision. But, since all the money on the accounts was saved, it means that everything was done correctly.

— Why are prices rising and what can the National Bank do to somehow influence the situation?

That is, I want to say that the exchange rate is only a part of this process.

The National Bank can influence the exchange rate and narrowing of the monetary base and we do it. But let’s say, external factors are «interfering» in prices.

— The National Bank intends to increase the authorized capital of banks again. Why is this done? Are you trying to reduce the number of banks or see some kind of threat?

— The National Bank does not aim to reduce the number of banks. Our goal is the financial stability of the banking system and stimulation of the ability of commercial banks to withstand risks. The authorized capital of a bank is a «safety bag» for its clients. The larger the authorized capital, the cheaper loans commercial banks will be able to provide.

There is another circumstance that makes us insist on the need to increase the authorized capital.

By 2025, the EAEU countries must form a single financial market. This means that licenses will become mutually recognized, and it will be easier for commercial banks to «enter» the internal markets of the EAEU member countries. The increase in the authorized capital will make our commercial banks more competitive.

For our financial system to be ready for this, we need to increase the authorized capital of commercial banks to make them more competitive.

— Let’s talk about the scandalous bill of deputy Samatbek Ibraev on development of financial technologies. Why is the National Bank against the deputy’s initiatives?

— There are several points which we oppose. The MP wants the National Bank to ease the authorized capital requirement for financial technology companies. But is it fair to demand from commercial banks the authorized capital of 600 million soms, and from financial technology companies only 18 million, or only 3 percent of the level required for banks? Despite the fact that both of them carry out banking operations. The requirements, and this is confirmed by many eminent international analysts and experts, should be the same for both the banks and financial technologies.

This contributes to the development of a competitive environment and does not give any preferences to anyone.

Secondly, the deputy proposes to allow financial technology companies to open accounts at the National Bank. This jeopardizes the entire banking system, the National Bank, and the entire economy of the country. The National Bank will have to be responsible for thousands of payments from financial technology companies. If, suddenly, some payment by one of these companies has the signs of suspicious transactions set by the legislation on countering financing of terrorism and money laundering, then our correspondent accounts in the USA or Europe may be blocked. Then we will not be able to make any payments, including payments on the bills of the Cabinet of Ministers.

Such a proposal of the deputy is an unjustified risk for our entire state.

Further, Samatbek Ibraev proposes to allow the storage of gold of financial technology companies in the vault of the National Bank. There are both security issues and issues of preserving state secrets. Moreover, there is international experience, central banks do not provide such services.

Finally, the deputy wants the National Bank to be responsible for creation of a financial center. But this is beyond our powers.

Unfortunately, Samatbek Ibraev does not hear our arguments and claims that the National Bank is against financial technologies.

— Is it an unfounded statement?

— Of course, 100 percent. Financial technologies, including in the banking sector, are developing quite successfully in Kyrgyzstan. All normative documents regulating the development of financial technologies by the National Bank were adopted long before the bill of the deputy Ibraev. For example, back in 2019, we developed and adopted the Main Directions for Digital Transformation of Banking Services for 2020-2021. On March 27, 2020, the National Bank of the Kyrgyz Republic also adopted the Concept for Development of Digital Payment Technologies in the Kyrgyz Republic for 2020-2022, along with a roadmap for its implementation. This concept determines the priority areas for development of digital payment technologies, taking into account the progressive world experience.

To date, it is a practical opportunity for introduction of innovative technologies in their activities. There are already applications, one has been approved, the rest are being studied.

— The National Bank is often criticized for the purchase of Rosinbank, which is now called Keremet Bank. Do you think this is fair?

— The history of this bank is a topic for a separate interview. But in short, at one time Rosinbank was one of the largest banks in the country. In 2017-2018, we were engaged in its «deflating». We did not allow to take new deposits in order to reduce the number of clients and risks.

But all the same, the bank remained quite large, the number of its clients was about 100,000 of our citizens, depositors and entrepreneurs.

When the bank started to have difficulties, there was a need for funds to return them to depositors, but it had no money for this. Then the National Bank, to resolve the liquidity crisis, gave the bank a loan of 300 million soms secured by the bank’s shares. The National Bank of the Kyrgyz Republic also demanded additional capitalization of the bank from shareholders for at least 300 million soms.

The shareholders did not capitalize the bank, the loan was not returned, as a result, the National Bank of the Kyrgyz Republic became the owner of a controlling stake in the bank. But the problem has not gone away, because the bank has a complex history and a package of non-performing loans. Therefore, the problem with the bank had to be solved, capitalization should be carried out. I would like to note that all decisions on capitalization and participation in capital were discussed and adopted jointly with the government of Kyrgyzstan.

It is important to bear in mind that if Rosinbank went bankrupt, it would have taken us years to restore public confidence in banks.

The fact that the National Bank of the Kyrgyz Republic became a shareholder of this bank was a forced measure. By the way, we have not done anything new. This is standard international practice. Stability of the entire banking system and not of an individual bank is important for the National Bank. It is easier for us to help one bank now than to get a chain reaction and problems in the entire banking system later.

— What will happen with this bank next?

— We are already negotiating with the European Bank for Reconstruction and Development to help us sell Keremet Bank. But one of their recommendations was that 100 percent of the shares belong to the National Bank of the Kyrgyz Republic, we are working on this now, we are planning to buy out the share of the Kyrgyz government and other shareholders. This is necessary in order later we can calmly talk with a potential investor and set our own conditions. We have systematically outlined that within 3-5 years the National Bank will gradually withdraw from the bank’s shareholders.

— Aren’t you worried about the report in Parliament against the background of the discussion of the Ibraev’s bill and another wave of criticism over Keremet Bank?

— I am a living person, therefore, of course, I am worried. But not about the report itself, and even less because of the position of the National Bank on the draft law on financial technologies or on Keremet Bank. I am completely sure of this.

But the banking sector, the area of ​​competence of the National Bank, its role as a regulator are quite specific topics that are difficult to speak about in simple and understandable terms. It often seems to us, financiers, economists that we have explained everything in an understandable way and everybody has understood everything.

Then the questions begin and you understand that you have to start all the explanations over again.

Most importantly, we must understand that all our statements will affect the expectations of the population, the market, and the financial services market is very sensitive.