Two people were killed in a traffic accident in Naryn. Press service of the Ministry of Emergency Situations reports.

Driver of a MAN heavy truck lost control of the vehicle, drove off the road and fell off a cliff at the 180th kilometer of the Bishkek — Naryn — Torugart road (Kuvaky pass).

As a result, two men were killed. Four rescuers worked at the scene, who pulled the bodies of the dead out of the vehicle and handed them over to the employees of the Ministry of Internal Affairs. 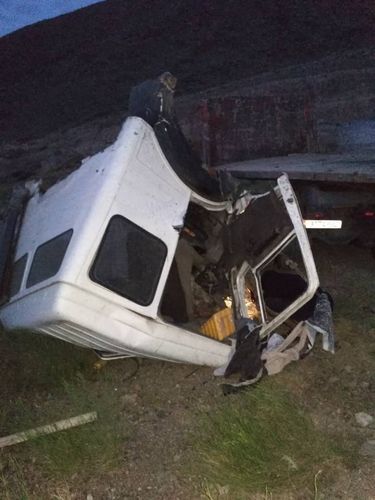