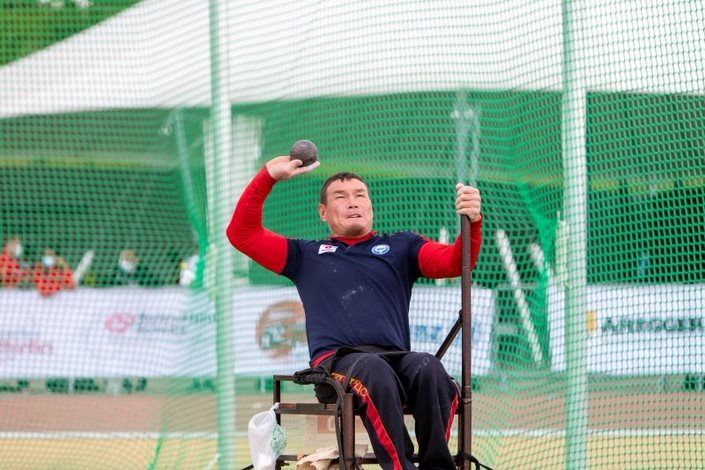 Arstanbek Bazarkulov secured berth in para-track and field athletics (shot put) at the XVI Paralympic Games, which will be held from August 24 to September 5 in Tokyo (Japan). The State Agency for Youth Affairs, Physical Culture and Sports of Kyrgyzstan reported.

As a result of successful performance at three qualifying tournaments, Arstanbek Bazarkulov reached the Paralympic norm and secured a berth at the Paralympic Games.

He took the fifth place in Dubai (UAE), fourth place — at the tournament in Tunisia, the third — in Nottwil.