Police officers stopped a Mitsubishi car in Kerben, Jalal-Abad region of Kyrgyzstan, driven by a 5-year-old resident of Aksy district, suspected of arms trafficking. Press service of the Ministry of Internal Affairs of Kyrgyzstan reports.

Investigators received information about intention of unknown persons to sell firearms and ammunition. According to them, the man wanted to establish a channel for sale of military firearms and was looking for buyers. 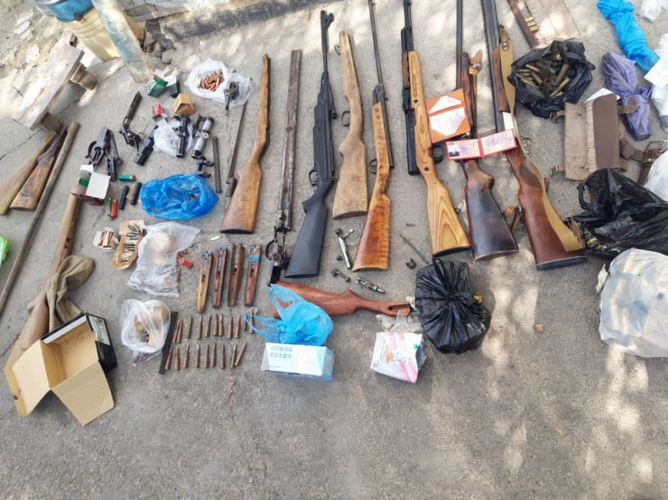 A search was carried out in the house of the second suspect — a resident of Aksy district, 70, as part of the pre-trial proceedings. During the search, an arsenal of firearms and ammunition was found: an SKS carbine, two TOZ-8 small-bore rifles, two 16 and 12 gauge smoothbore weapons, as well as pneumatic weapons and various parts of military weapons. In addition, the following ammunition was seized: 30 cartridges of 7.62 mm caliber, 50 cartridges of 5.45 mm caliber, 37 cartridges from a small-bore rifle, more than 40 cartridges of 16 and 12 calibers, and more than 140 cases and gunpowder. He had permits for only one weapon.

In total, seven firearms and various parts, more than 160 cartridges of various calibers, over 140 cases and gunpowder were seized. Appropriate examinations have been commissioned. Investigative measures are underway.

Two skins of a lynx included in the Endangered Species List were also found in the house.