The Social Democrats of Kyrgyzstan party holds a rally near the building of the Central Commission for Elections and Referendums in Bishkek.

Temirlan Sultanbekov, a candidate for deputy of the Bishkek City Council, stated that the political organization does not recognize the results of the voting. According to him, four parties should be removed from the election race for violations: Emgek, Yntymak, Ak Bata and NDPK. 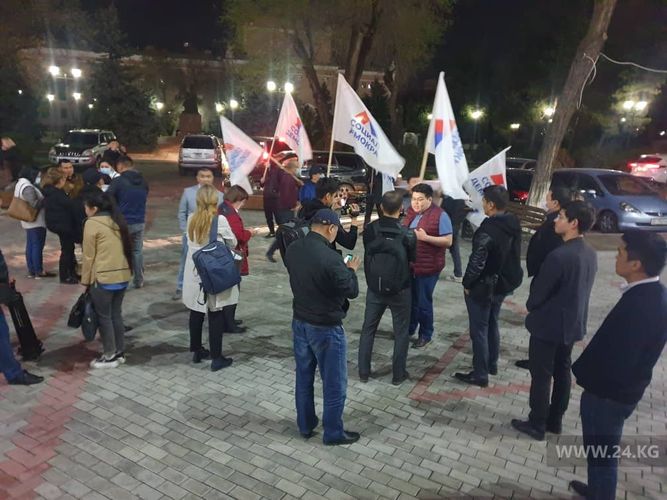 «Nariman Tyuleev is nominated for post of mayor in less than a few hours. Who is Askar Salymbekov? He is not even a candidate for deputy, but simply the owner of Emgek party,» Temirlan Sultanbekov said.

Elections of deputies of 28 city councils, 420 rural councils and a referendum on adoption of the draft of a new Constitution were held in Kyrgyzstan today. According to preliminary data, seven parties got into the Bishkek City Council.