Rally near the Government House in Bishkek ended. Its participants dispersed, but they noted that the protest would continue. 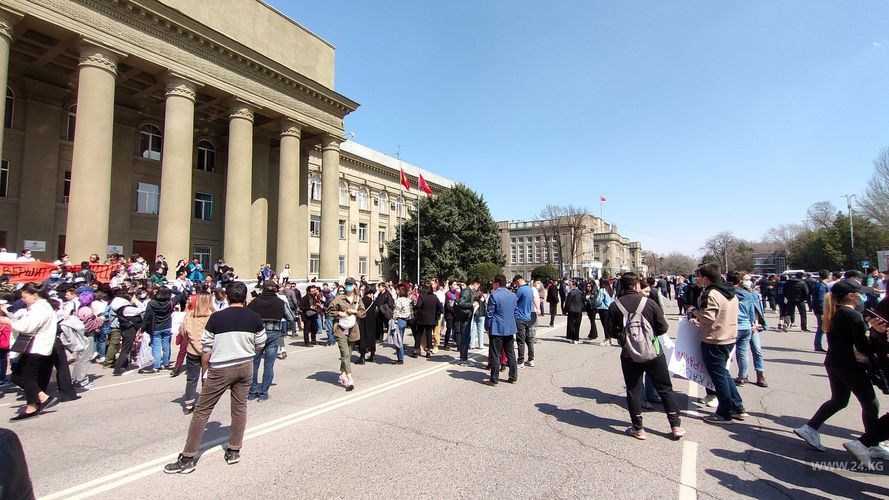 The organizers said that the participants would again come to the building of the Ministry of Internal Affairs next Thursday. The rally is scheduled for 12.00.

About 500 people, including several deputies of the Parliament, took part in the protest today. They demand resignation of the senior officials of the Ministry of Internal Affairs, headed by the Minister Ulan Niyazbekov, as well as the Central Internal Affairs Departments of Bishkek and Osh cities.

The reason for the discontent of civil activists was inaction of the police, who could not prevent the murder of 26-year-old Aizada Kanatbekova, who was abducted a few days ago.