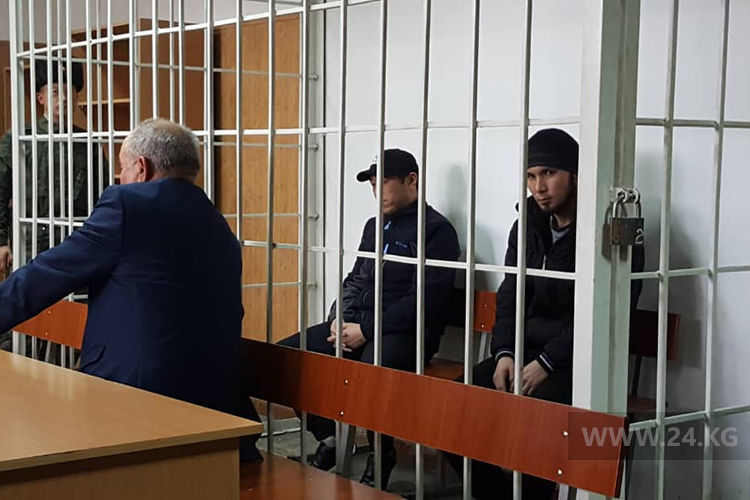 Trial of the murderer of 19-year-old Burulai Turdalieva ended in Sverdlovsk District Court of Bishkek.

In the last plea, the defendant Mars Bodoshev asked to mitigate the sentence to the second person involved in the case, Akmat Seitov. Coming out of the deliberations room, judge Sanzhar Chotonov read out the verdict.

Charged with murder of the girl Mars Bodoshev was sentenced to 20 years in prison.

Akmat Seitov, who was charged with complicity in the kidnapping, was sentenced to seven years in prison.

In addition, the court charged 500,000 soms from the defendant as moral damage and 300,000 as material damage.

Recall, 19-year-old Burulai Turdalieva was killed in police station of Zhaiyl district. According to investigators, Mars Bodoshev, who abducted the girl to force her to marry, stabbed first her with a knife and then himself. During an interrogation in court, the defendant stated that he did not kill the girl and did not stab himself.