Nature Development Fund: Where are billions of soms allocated for environment? 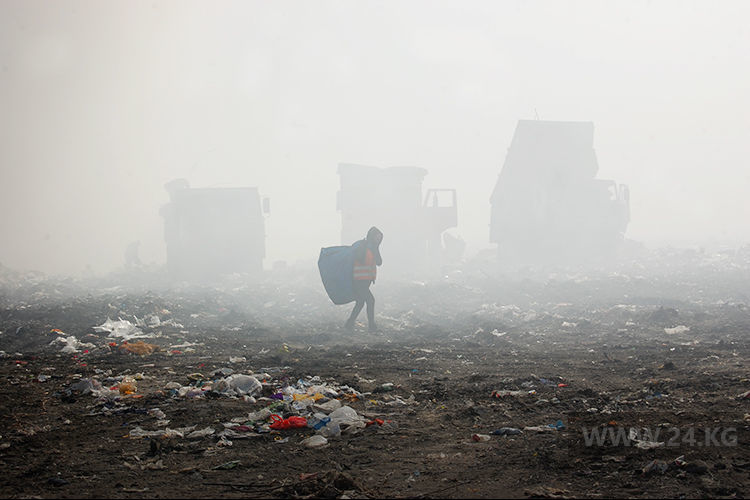 While Kyrgyzstan was suffocating from smog, 5.5 billion soms were «stored» on the accounts of this Fund.

For almost the entire winter, Bishkek took the leading positions in the Air Quality Index, having become one of the dirtiest large cities in the world. This finally convinced us that environmental problems in Kyrgyzstan are not just a popular topic, but a toxic daily reality.

Bad ecology that is killing us

As the results of measurements show, each more or less large settlement of the country faces the harmful emissions problem due to low-quality coal, gasoline with low quality standards and mass cutting off of exhaust catalysts from cars (this business has grown 10 times in Kyrgyzstan, and its turnover reached $ 10 million in 2019).

Our pearl — Issyk-Kul lake, according to ecologists, has long been on the verge of an ecological disaster. Untreated sewage water from resorts, coastal towns and villages gets into it, and footage from the bottom of the lake shocks by cubic meters of plastic bags, bottles, diapers and other joys of summer leisure.

Unfortunately, with such a rate of destruction of our own nature, we will soon find ourselves in the anti-rankings of countries where tourists should not go, which means that another promising area of ​​the economy is at risk.

It would seem, why should we talk about «some kind of» ecology, if the budget is chronically short of money? Where can we get funds for expensive projects to preserve the native nature, if there is barely enough money to pay the salaries to doctors and teachers?

However, few people know that the government had earmarked funds (and very significant ones) for the environment.

Where does the money for environment come from?

Almost four years ago, the government of Kyrgyzstan entered into a new Strategic Agreement on environmental protection and investment development with the Canadian company Centerra Gold. The Nature Development Fund was created based on it.

The Canadian investor undertook to deposit $ 50 million into the organization’s account, and then annually transfer $ 3.7 million until the end of the mine’s life.

The government decree dated October 8, 2019 approved regulation on the use of funds received from Kumtor Gold Company CJSC.

The Nature Development Fund should spend the funds on:

— Activities and projects aimed at strengthening the material and technical base and supporting the activities of institutions;

— Implementation of projects related to preservation of the environment and nature protection;

— Creation or improvement of infrastructure facilities with justification of the environmental effect;

— Support for «green» projects that contribute to the improvement, preservation of the ecology and increase in the biodiversity;

— Support of environmental and natural well-being, development of potential for environmental protection in the area adjacent to Kumtor mine, and throughout the territory of Kyrgyzstan;

— Carrying out work on restoration of natural objects disturbed by economic activity and ensuring environmental safety.

Centerra’s payments to address the global environmental problems of Kyrgyzstan to date amounted to almost $ 65 million.

What was the money intended for ecology wasted on?

It’s the third month of 2021. The money from Kumtor Gold Company is regularly transferred to the Fund, the supervisory board of the fund in the form of specialized ministers and deputies has long been formed. However, the general public does not understand where is the 5.5 billion soms, which were transferred to the Fund’s account over these four years. Not a single project to solve environmental problems has been financed during all this time.

There are issues that require money from the Fund. When the inhabitants of the republic daily experience all the consequences of poisonous smog, do not get clean drinking water, suffer from spontaneous landfills, tailing dumps, then one would like to see at least some implemented projects.

Of course, we can blame everything on the pandemic, political crisis and a budget deficit. However, the Canadian gold miner has allocated considerable earmarked funds strictly for the environment, and this topic is now more relevant in the country than ever. The desire of the Canadian company to allocate funds is easy to explain — it is not for nothing that environmental problems nearly always become a stumbling point in the mining sector.

Perhaps, Kumtor’s money disappeared on the sly in the sink of the budget deficit. If this is confirmed, it will lead to a full-fledged international scandal. Therefore, the ineffective and non-transparent activities of the Nature Development Fund are serious risks for the whole country, because looking at such an attitude to money, a few investors will agree to invest a serious amount in such an organization.