Ambassador of Kyrgyzstan to Russia appointed

Gulnara-Klara Samat was appointed the Ambassador Extraordinary and Plenipotentiary of Kyrgyzstan to Russia. Press service of the President of the Kyrgyz Republic reported.

The corresponding decree was signed by the head of state Sadyr Japarov.

Former head of the Central Election Commission of Kyrgyzstan (CEC) Klara Kabilova, who changed her name and surname to Gulnara-Klara Samat, took a chair in the Parliament instead of Aida Salyanova, who was sentenced by the Bishkek City Court to five years in prison with confiscation of property. 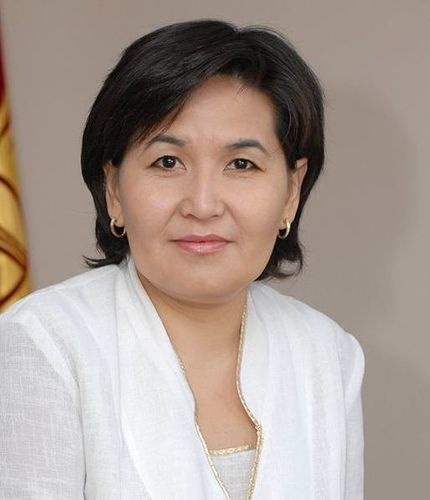 Prior to that, the CEC checked an appeal received from a number of public organizations that she had Russian citizenship. In the elections to the Bishkek City Council in 2008, she stated that she was threatened by Maksim Bakiyev, the son of ex-President Kurmanbek Bakiyev, and left the country fearing for her life. She returned to Kyrgyzstan in 2009.

Gulnara-Klara Samat was born on August 20, 1963 in Tash-Kumyr town, Jalal-Abad region. She has a degree in conflict management.

She began her career in 1986. She worked at the Embassy of Kyrgyzstan in Russia, at the CIS Economic Council, headed the CIS operational working group on settlement of the conflict in Abkhazia.

2006 — Spokeswoman for the President Kurmanbek Bakiyev.