A 34-year-old resident of Bishkek, who has been deceiving Kyrgyzstanis since the fall of 2018, was detained in Almaty. Press service of the Ministry of Internal Affairs of Kyrgyzstan reported.

«In November 2018, the detainee fraudulently took possession of a Toyota Camry car worth $ 6,400. After that, he sold the car to third party. In October of the same year, he sold a Mercedes-Benz E430 car to a resident of the capital for $ 8,000, promising to re-register it later. A week later, he took the car back, returning only $ 5,000 to the customer.

In February 2019, he purchased an iPhone XS smartphone for 83,800 soms by instalments in one of stores in Bishkek, paying only 20,000 soms and hid,» the police said. 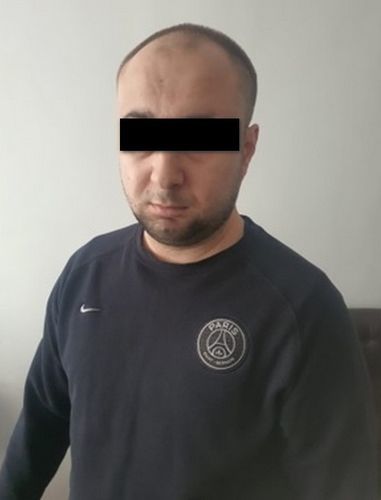 After initiation of a number of criminal cases, the suspect fled to Kazakhstan. The police managed to find and detain him only at the end of January. According to the investigation, he may be involved in commission of similar crimes. The issue of extradition of the detainee to the territory of the Kyrgyz Republic is being resolved.
link: https://24.kg/english/184069/
views: 592
Print
Related
Sadyr Japarov comments on case against owner of Karven club Genrich Balyan
Businessman Genrikh Balyan placed under house arrest
Businessman Genrikh Balyan transfers 60 million soms to SCNS account
Genrikh Balyan suspected of fraud within Rosinbank case
Member of organized crime group suspected of fraud arrested in Bishkek
State Secretary of State Supervision Service suspected of fraud
Member of organized crime group detained in Osh region for fraud
Police receive another complaint against owner of La Maison restaurant
Prosecutor General's Office receives another statement against Jeenbekov's niece
One of candidates for deputy detained for fraud in Alamedin district
Popular

Restrictions on work of cafes and restaurants after 23.00 lifted in Bishkek
News brief
25 June, Friday
15:14
COVID-19: List of polyclinics vaccinating with Sputnik V in Bishkek COVID-19: List of polyclinics vaccinating with Sputnik...
15:02
Scientists to assess level of herd immunity to coronavirus in Kyrgyzstan
14:39
COVID-19: Sputnik V vaccine available for all citizens regardless of age
13:55
UN to help Kyrgyzstan with projects on combatting coronavirus
13:34
Only vaccination can prevent and relieve acute COVID-19 situation
12:54
Interior Ministry of Kyrgyzstan continues search for Orhan Inandi
12:41
All strains of coronavirus circulate in Kyrgyzstan
12:29
Surge in number of calls to ambulance service registered in Bishkek
12:17
Supporters of Orhan Inandi continue rallies near Government House in Bishkek
11:56
Number of infected with coronavirus exceeds 179.9 million people globally