Supporters of the ex-chairman of the Federation of Trade Unions of Kyrgyzstan, Mirbek Asanakunov, hold a rally at a court building in Bishkek. About 30 people participate in the protest.

«We hope for the justice and that the court will recognize Asanakunov as the only legitimate chairman. We came to support him. Health resorts are idle and cannot work normally because of the current situation,» one of the participants of the rally said. 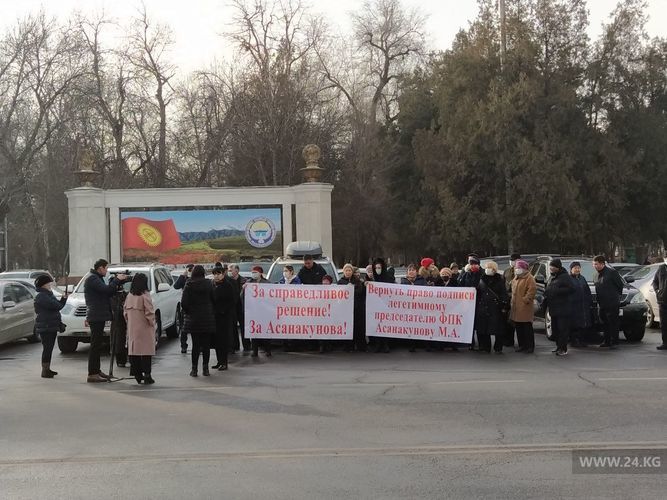 Sagyn Bozgunbaev was registered as the Chairman of the Federation of Trade Unions of Kyrgyzstan by the judicial authorities. However, not everybody accepted this appointment. Litigation continues to this day.