Ricard Tomas Herrero from Spain lived in China for 23 years. But six years ago he decided that the time had come for radical changes and moved from Shanghai to Bishkek. In an interview with 24.kg news agency, he told why he made such a decision and what he likes most about Kyrgyzstan. 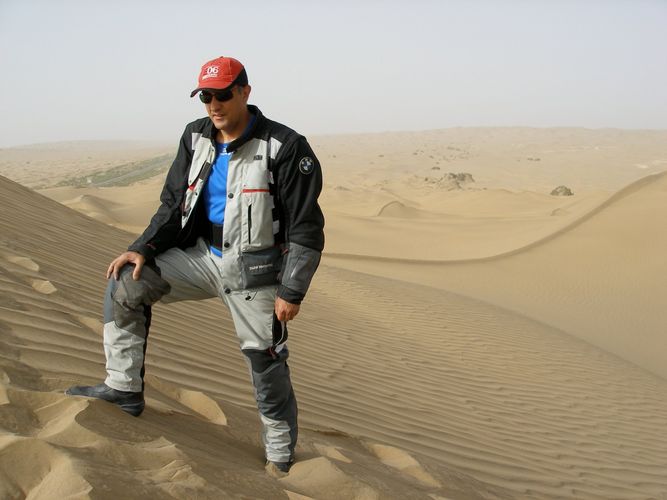 — When did you first come to Kyrgyzstan?

— I came to Kyrgyzstan 6 years ago on my motorcycle trip from Shanghai (China) to Lisbon (Portugal). The first country I crossed after China was Kyrgyzstan. It was my first time in the country and I was shocked and impressed with the country and the people here.

I can say that it was love at first sight.

— Did you decide to definitely come back again?

— Certainly. As soon as my trip was over, I immediately returned to Bishkek. After a few weeks in your country, I decided that after 23 years of living in China the time has come for radical changes. I simply moved from Shanghai to Bishkek.

Before coming to Kyrgyzstan, I heard about your state, but did not imagine how nice the country is.

— My first impression was the hospitality of the people, the magnificence of the landscape. It really is. And so far, nothing has changed for me. I am still in my honey moon with Kyrgyzstan.

— What surprised you in Bishkek?

— Well, after living in a city with more than 30 million people, let me tell you that my neighborhood had the same population of the entire Kyrgyzstan. Therefore, the silence in Bishkek amazed me the most compared to the big city in which I lived.

— Frankly speaking, nothing. I am from Barcelona, and as you know, we live by the sea there. The sea is very far away in Kyrgyzstan.

— What do you miss in Bishkek and in Kyrgyzstan?

— Few things, If I want to be little picky. I wish I had access to fresh seafood here.

— What is your favorite place Kyrgyzstan?

— What national dishes do you like? What are you afraid to even try?

— This is interesting to answer. On the one hand, I am fascinated with the hospitality, but on the other another hand, this is quite controversial.

I don’t like aggressive behavior of some people there, especially when they are driving...

Constitutional convention offers to register Kyrgyz as language of communication
News brief
24 November, Tuesday
17:52
Liquidation of Constitutional Chamber proposed in Kyrgyzstan Liquidation of Constitutional Chamber proposed in Kyrgy...
17:36
Number of suicides among minors grows one and a half times in Kyrgyzstan
17:20
Head of Oktyabrsky district of Bishkek relieved of his post
17:15
Government of Kyrgyzstan to continue to cut down expenses in 2021
17:01
Economy of Kyrgyzstan to shrink by 5.3 percent at year-end
16:53
Kursan Asanov's wife summoned for interrogation to Financial Police
16:37
Experts identify top 5 problems that concern Kyrgyzstanis
16:14
Presidential elections: Teachers collect signatures only for Sadyr Japarov
16:07
Presidential elections: Candidates question integrity of upcoming campaign
15:53
Mining companies to be held accountable for environmental damage in Kyrgyzstan