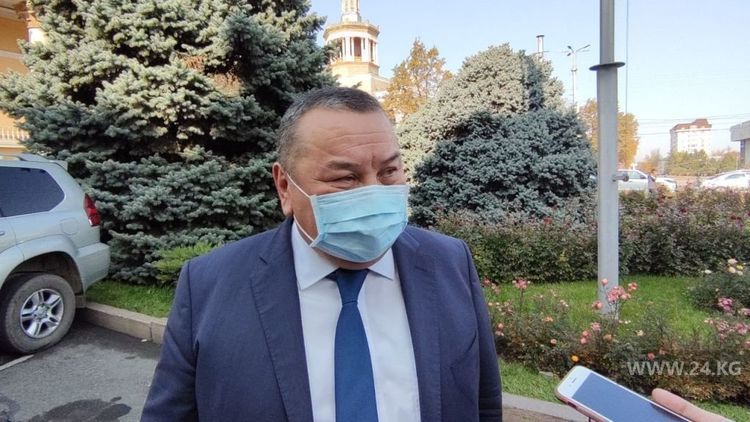 A rally was repeatedly held near the building of the Bishkek City Hall today. About 40 people gathered, including Torokhan Zhunusbekov, who tried to take the post of head of the capital.

Acting Mayor of Bishkek Balbak Tulobaev came out to protesters. He said he would work hard for 2-3 months until the official elections of mayor of Bishkek, which are scheduled for April 2021. He also added that he himself would not run for the position of mayor.

«We will start solving these problems tomorrow,» Balbak Tulobaev said.

New acting Mayor noted that there would be personnel changes in the City Hall.

The protesters asked the official questions and agreed that he should act as the head of the city.

Balbak Tulobaev was introduced to the staff of the City Hall and heads of services today. Yesterday he left the post of the Plenipotentiary Representative of the Government in Issyk-Kul region. Prior to that, he headed the Executive Office of the Bishkek City Hall.