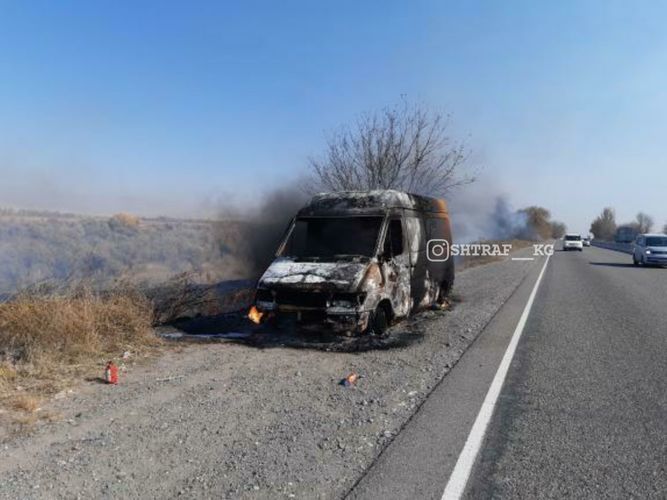 An incident occurred on the 37th kilometer of Bishkek — Torugart highway. A cargo minibus spontaneously caught fire and completely burned down. The Traffic Safety Department for Chui region confirmed the information to 24.kg news agency.

«Fortunately, no one suffered. According to the driver himself, a short circuit occurred in the vehicle, after which fire broke out. There was no traffic accident or collision with obstacles. Police officers arrived at the scene. A check will be carried out on the incident,» the department noted.

Video of the incident appeared on social media.