President of Kyrgyzstan Sooronbai Jeenbekov discussed topical issues and prospects for bilateral cooperation with the Prime Minister of Hungary Viktor Orban in Budapest. Press service of the President of the Kyrgyz Republic reported.

Viktor Orban expressed gratitude to the head of the Kyrgyz Republic for arriving in the country with a representative delegation, including the heads of a number of ministries of the country.

He noted that the Hungarian people especially respect the peoples of the world with ancient culture and history, who are also the Kyrgyz people. 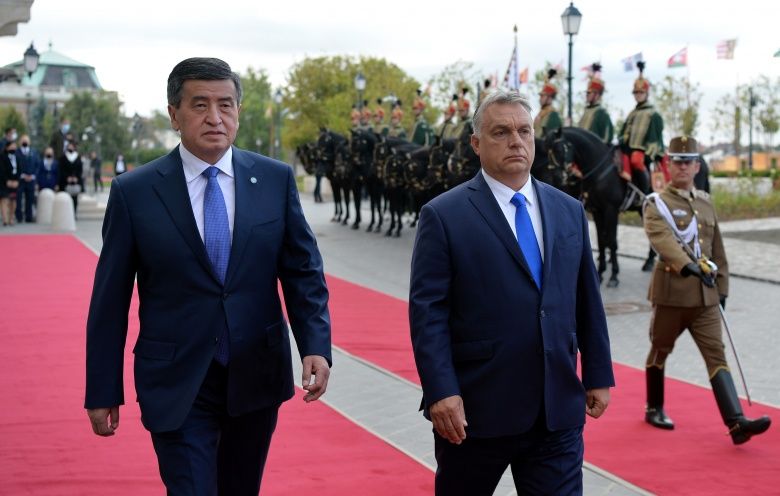 The Prime Minister of Hungary told about the peculiarities and values ​​of the country’s political culture, about the structure and activities of the government, dwelled on the current areas of its activities, noting readiness to expand joint cooperation with Kyrgyzstan.

President Sooronbai Jeenbekov noted that Kyrgyz-Hungarian cooperation has great potential for further expansion, adding with satisfaction that it is reaching a new strategic level today.

Sooronbai Jeenbekov agreed with Viktor Orban’s opinion on the importance of moving from words to deeds in the development of bilateral cooperation.

«We are delighted that Hungary has become our first strategic partner in Europe. We have a substantive agenda that covers issues in the political, economic and humanitarian spheres,» the President stressed.

Related news
Hungarian company to launch production of transformers, pumps in Kyrgyzstan
Sooronbai Jeenbekov noted that creation of the Kyrgyz-Hungarian Development Fund would make a significant contribution to the development of small and medium-sized businesses in the country in the post-pandemic period.

He expressed confidence that holding of the first Kyrgyz-Hungarian Business Forum would help establish direct business contacts between entrepreneurs of the two countries and give an additional impetus to trade and economic cooperation.

Sooronbai Jeenbekov expressed gratitude for naming the park in Budapest after the great Kyrgyz writer Chingiz Aitmatov and increase in number of quotas for students.