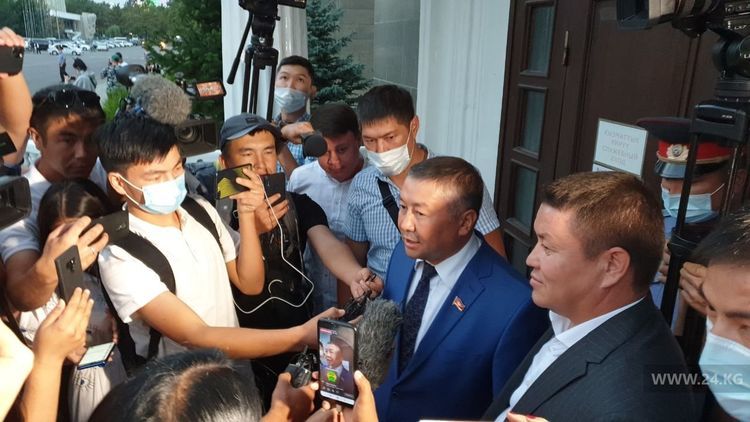 The Supreme Court of Kyrgyzstan has completed consideration of the Central Election Commission’s cassation appeal against the decision of the Bishkek Administrative Court, made on August 27, which recognized the return of documents to Kyrgyzstan party as invalid.

The Board of the Supreme Court of the Kyrgyz Republic did not satisfy the complaint of the Central Election Commission. Thus, the decision of the first instance was upheld. The CEC must accept the party documents. Kyrgyzstan party remains in the election race.

Kyrgyzstan party was late with submission of documents. Its leader, Kanat Isaev, claims that they prepared all the documents in time. The political association was removed from the election race by the decision of the Central Election Commission. Kanat Isaev went to court to appeal against the decision of the election commission. The court ruled in favor of Kyrgyzstan party.

An-26 military plane crashes near Kharkiv, cadets killed
News brief
28 September, Monday
21:38
Jeenbekov: Sovereignty of Kyrgyzstan is encroached on in run-up to elections Jeenbekov: Sovereignty of Kyrgyzstan is encroached on...
21:24
Trade turnover between Kyrgyzstan and Russia increases
21:17
Vladimir Putin about respect for sovereignty of Kyrgyzstan, partnership
21:07
Construction of gold recovery plant starts at Terek-Sai deposit
18:41
3,415 Kyrgyzstanis arrive from Sol-Iletsk by buses
16:23
Checkpoints on Kyrgyz-Chinese border to be temporarily closed
16:13
About 2,356 beds prepared for treatment of children in Kyrgyzstan
16:03
Health Ministry: There is enough protective equipment for doctors
15:51
Reason for growth in COVID-19 cases - non-observance of rules
15:40
144 medical workers infected with coronavirus receive compensation in Kyrgyzstan