Free Economic Zone of Bishkek. Unfulfilled hopes of the economy

Foreign investment is the key to development in many countries, especially those as small as Kyrgyzstan. However, despite constant claims by politicians that they are doing their utmost to attract investment, local laws crush investors like a vise.

One successful example of how executives could be motivated to open production in Kyrgyzstan was the creation of the Bishkek Free Economic Zone in 1996. The main goal of the project was to ensure a favorable environment for attracting foreign capital and new technologies to the country.

"Investors came to the country without any guarantees from local or foreign governments. Production began at their own risk. After the collapse of the Soviet Union, when production was closed, it was important to attract foreign investment and create jobs. At this time we managed to create favorable conditions that were not available in neighboring countries," says Emil Ibraimov, the first director of the FEZ. 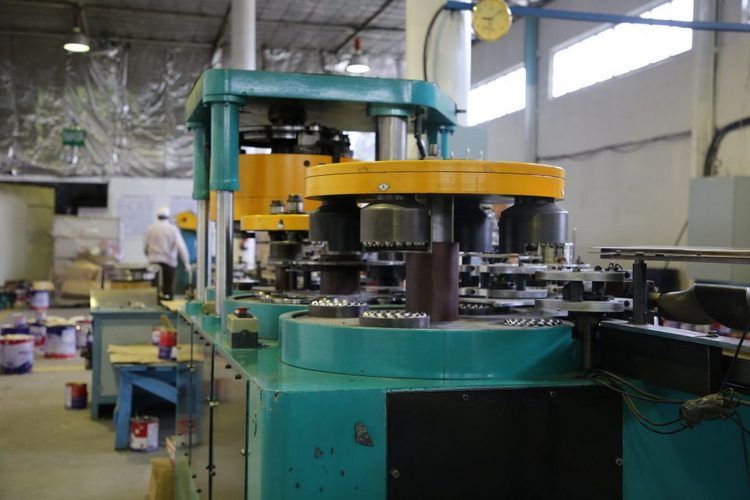 Resident organizations of the FEZ were granted about 10 different benefits. Among them were low rates for land use, preferential foreign exchange settlements, exemption from quotas and licensing for export, and much more. Most importantly, they were granted exemption from VAT. These appealing provisions quickly attracted investors. However, every year the benefits were diminished. The law relating to the Free Economic Zone was amended over 10 times, until finally investors were left completely without benefits.

The Full Mobili company was one of the first to register within the Bishkek Free Economic Zone and launched production of furniture built using Italian technology. Exemptions for the then-starting company served as a good start, and made it possible to get rolling quickly and strengthen its position in the market.

«We brought technologies that were not available in Kyrgyzstan yet and invited Italian technicians who trained local specialists in all the details of the work. The ‘trick’ of the new equipment was in electronic software that allowed us to execute models of any complexity very quickly. Employees and members of the Free Economic Zone came to our workshop and saw with their own eyes that we do a lot of work using computer graphics and without physical labor,» says Bolotbek Isakhunov, head of Full Mobili. 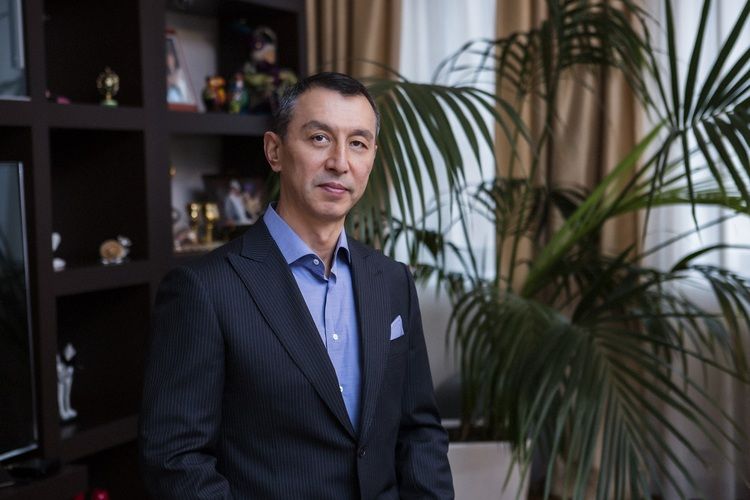 Over years of membership in the FEZ, the company has developed rapidly, expanded production and increased its customer base. However, constant changes in the legislation on free economic zones and the erosion of a fertile environment for investors put an end to the development of production in Kyrgyzstan.

«When we entered the FEZ, there was a provision - if you manufacture your product, then you do not pay taxes, only 2% to the FEZ and 0.15% to customs. But gradually, all members of the FEZ began to be deprived of benefits. There were huge companies that supplied goods to the United States and other large markets. Production was in full swing and there were good prospects. At the beginning of the FEZ, there was a flourishing, explosive growth. But then the game of politics began, and everything collapsed. If all the initial provisions and policies introduced by its leadership were retained, the FEZ would have outgrown the economy of Kyrgyzstan,» the businessman notes.

The best of times..

Bishkek Free Economic Zone (FEZ) had its heyday in its first 12 years of operation, with expectations better than anybody could have imagined. The number of jobs exceeded four thousand and residents paid taxes of more than 500 million soms a year with 70% of the products exported.

"A number of enterprises with the appropriate support could develop their image regionally and would show growth. There were some really large enterprises," recalled the first head of the FEZ, Emil Ibraimov. «For example, there was a clothing factory producing products for the United States, employing about 600 women from various Kyrgyz villages. They manufactured fashionable jeans of a high quality; there were even cases when our own population actually brought these jeans back from America. This factory left due to unsubstantiated attacks and constant checks by government agencies.»

Large investors in the FEZ came from various countries including the United States, Turkey and Russia creating many promising enterprises all working in Kyrgyzstan, as favorable conditions were not found anywhere else in the region.

«We also had an Arabic factory producing paints of a high quality using up to date equipment. Politics intervened and now they have built this factory in Almaty, so now we have to import paint from Kazakhstan.» 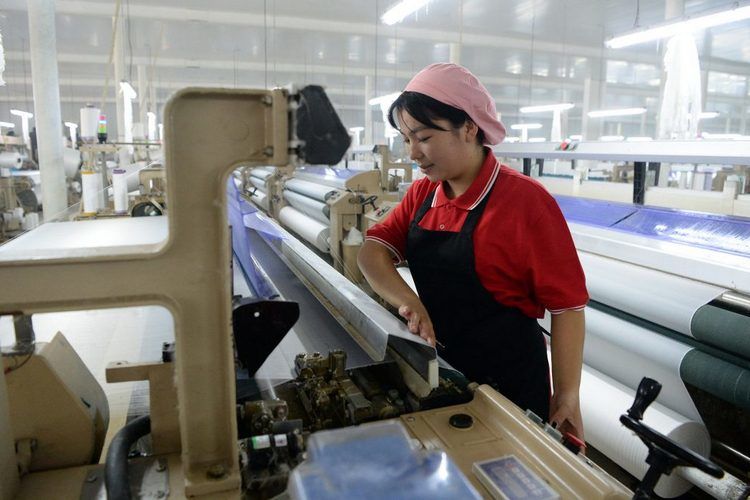 Despite the success of the FEZ, politics interfered with their work and created difficulties for both residents and management.

«Back then, the FEZ worked in a completely different atmosphere with new ideas being created all the time. For example, for several years in a row, on December 31st, we planted up to 100 coniferous trees on the territory of the FEZ, ending this event with a tea party. We paid special attention to infrastructure development, took care of the trees, applied drip irrigation, removed snow and monitored the conditions.»

«It’s no secret that the FEZ is dying. Those who still work there are not only no longer exempt from taxes as it was at the beginning, but are subject to an unbearable tax burden. We pay 12% VAT and another 2% to the FEZ, coming to 14%. This is a lot. As a result, companies operating in the zone have become non-competitive, they also begin to die, and therefore they leave, » said one of the current members of the FEZ.

According to him, many would have left their membership in the FEZ long ago, but the process is not so simple.

«You can’t just pick up the equipment and leave. The construction of premises for production itself is more than the cost of equipment. It takes time to get out of the FEZ, and this means costs, financial losses. All this is not easy,» said the businessman.

But as investors say, there is already a more attractive place for production.

"We are actively invited to Kazakhstan and other neighboring countries. We are considering moving production to Uzbekistan. There are very attractive conditions for investors. For 7 years, you will not pay any taxes. Plus the market is quite a bit larger," the investor explained.

We have never managed to hear the opinion of the management of the FEZ itself, as they refused to comment on the situation, citing that investors are not leaving and there are no problems.

Is there any hope?

Experts have repeatedly sounded the alarm that the deplorable state of investors in the FEZ may negatively affect the country’s economy as a whole. However, no decisive action has been taken to create special provisions for businessmen. The General Directorate itself, which theoretically should defend the interests of resident organizations has not taken any measures.

«The holding company represented by the General Directorate of the FEZ has a Soviet management model. Globally, holding companies have the status of a developer, they work to promote development. Their purpose is not just to collect money from members as if they were tenants. And in our case, a model of business cooperation has developed between residents of the FEZ and the General Directorate like that between a landlord and lessor. Moreover, the Directorate collects money from turnover and not from profit, which means that it is not particularly motivated by the profitability of the company,» said economic expert Nurgul Akimova. 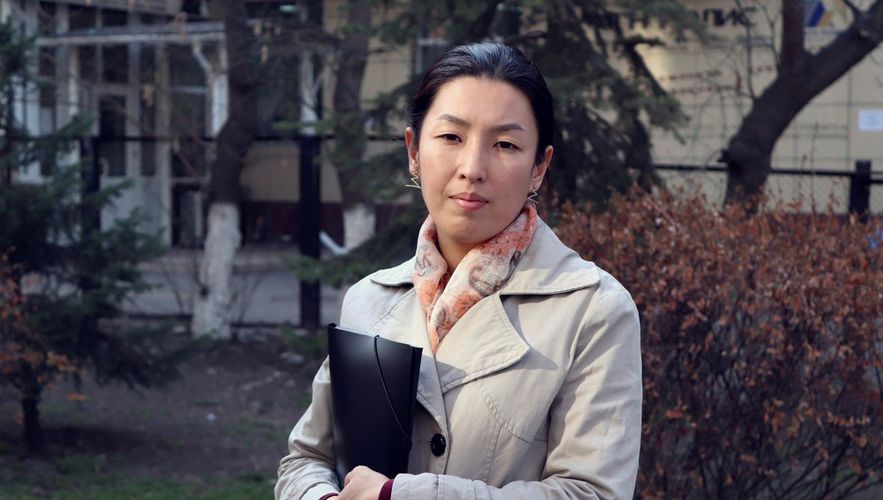 In the first Sustainable Development Strategy (NSDS), adopted in 2013, FEZs are mentioned only twice and none of the items provides a detailed description of measures for their development. This indicates that the importance of the FEZ is given practically no weight as an economic driver.

«The FEZ in Kyrgyzstan misses out on a lot of opportunities. By depriving investors of a favorable environment for investment in our country, we are losing the competition with neighboring countries that are now trying to attract investment in every way. If nothing changes, even those investors who somehow manage to carry out activities in the Bishkek FEZ will be happy to move their activities, for example, to Kazakhstan. We must not allow this, » stated businessman Bolotbek Isakhunov.