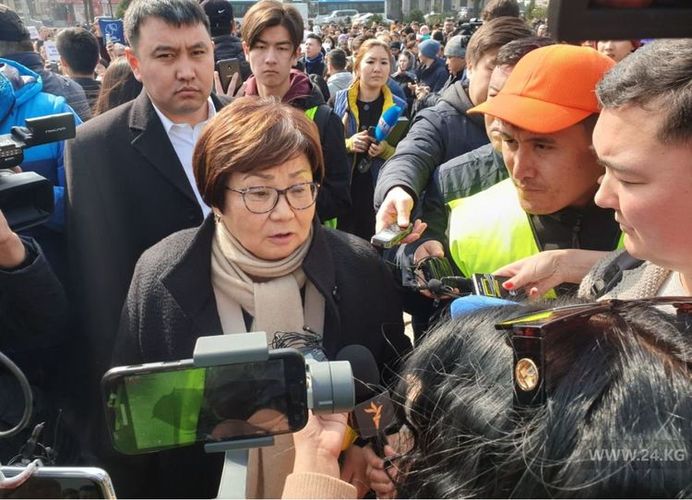 A peaceful rally with the hashtag #netnasiliyu takes place near the monument to Urkuya Salieva in Bishkek.

Ex-president of the country Roza Otunbaeva came to support its participants.

She criticized dispersal of the women’s march of solidarity on March 8, which occurred on Victory Square. According to her, the head of the Internal Affairs Ministry should leave the post.

«We have been creating a democratic image of the republic for decades. It was thrown out of a bucket. We turned out to be on the first pages of the world media,» Roza Otunbaeva said.