Singer from Kyrgyzstan to perform in final of Romansiada competition

Zhanarbai uulu Miran, singer from Kyrgyzstan, will perform in the final of the XXIII Moscow International Competition of Young Performers of the Russian Romance Romansiada, which will be held on December 8 in the Hall of Church Cathedrals of the Cathedral of Christ the Savior. The Russian Center of Science and Culture in Bishkek reported.

According to the results of nine qualification stages of the competition with participation of more than 500 performers from around the world, 12 the best young performers of the Russian romance from Russia, Macedonia, Kazakhstan, China, Belarus, Uzbekistan and Kyrgyzstan reached the final.

Kyrgyzstan will be represented by a native of Naryn region, the 5th year student of the Kyrgyz National Conservatory named after Kalyi Moldobasanov Zhanarbai uulu Miran, who is the winner of the Central Asian Romansiada. 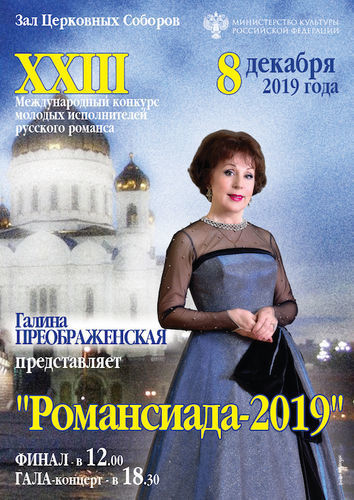 Another laureate of the Central Asian Romansiada from Kyrgyzstan, Roman Chesnov, was invited to participate in the gala concert of the competition.