Alimony legislation to be changed in Kyrgyzstan 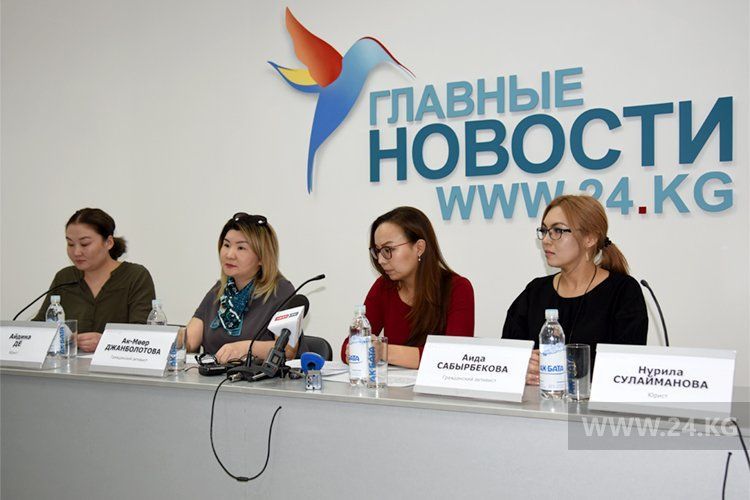 She noted that about a year ago, activists created the movement «Mom, you are not alone» to help women who have problems with divorce, separation of property, and payment of alimony.

«We realized that the current legislation is outdated, it was adopted in the 1990s. And updates are required. Deputies of the Parliament have developed a new law,» she said.

One of the initiators of amendments to the Family Code, deputy Aisuluu Mamashova, noted that a norm was being introduced to increase the amount of alimony.

«If earlier a parent could pay 100-200 soms per month, now we propose to tie payments to the minimum subsistence level of a child — 1,800 soms,» she said.

The deputy added that the concept of «deadbeat parent» was specified in the bill.

«There is a mention in the Family Code, but it is not specified. We propose to recognize a parent, who does not pay alimony for a total of two months during a year, as deadbeat,» said Aisuluu Mamashova.

Another innovation is the change in the procedure for taking a child out of the country. This currently can be done with a permission of both parents. If one of them does not give consent, then the child cannot leave the country, even if there are good reasons for that — for example, a disease requiring surgery abroad, or others.

«We suggest judges to consider application of one of the parents within a month and give permission to leave in such cases,» added Aisuluu Mamashova.

In addition, initiators want to achieve a ban on traveling abroad for deadbeat parents.

«We want them to get into this list automatically, and not by court order. Now we are working on this norm,» the deputy noted.

Recall, women deputies have developed amendments to the Family Code and the Code of Misconduct in order to more effectively deal with deadbeat parents.

According to them, 92 percent of deadbeat parents are men.