Border disputes between Kyrgyzstan and Tajikistan dangerous for Russia

Confrontation on the border of Kyrgyzstan and Tajikistan, where blood is spilled almost monthly, looks alarming and if the conflict escalates, it will become a disaster for Russia. Chief Researcher at the Institute for International Studies of the Moscow State Institute of International Relations, Doctor of Political Sciences Andrey Kazantsev said in an interview with Lenta.ru media outlet.

According to him, «success stories with the demarcation of borders in Central Asia are associated with two factors — the lack of serious reasons for disputes and a strong central authority.» 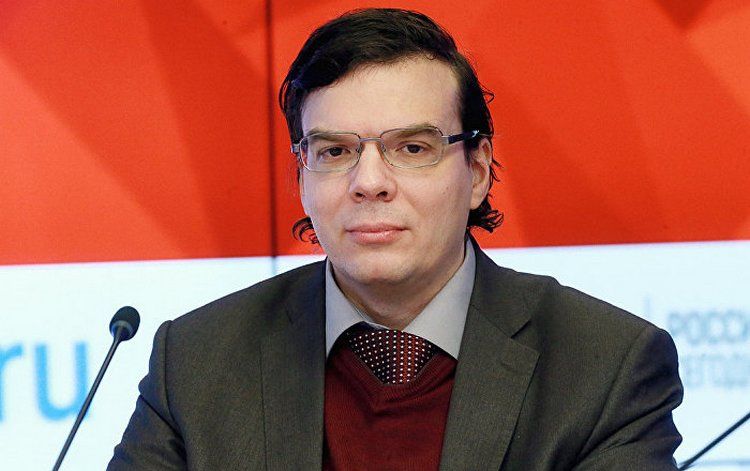 For example, the Kyrgyz-Kazakh border runs along the barren steppes and mountains, for which anyone will hardly want to actively fight, the expert noted.

In addition, the interethnic relations of the Kyrgyz and Kazakhs, including thanks to numerous interethnic marriages, are calm and peaceful. As for the strong central authority, no questions arise in the case of Kazakhstan — Nursultan Nazarbayev was rightly considered one of the most effective leaders in the region.

Uzbekistan, in fact, is just beginning the path of demarcation of borders that Kazakhstan has undertaken. After coming to power, Shavkat Mirziyoyev decided to adhere to the doctrine of complete peace, harmony, good neighborliness and cooperation. The power of the central government was redirected to finding compromises with neighbors and prevention of any border conflicts, Andrey Kazantsev said.

Advances in resolving border issues in the Fergana valley can be considered as the main achievement of Shavkat Mirziyoyev.

In January, Tashkent and Dushanbe completed the border demarcation process, and agreed on a field work schedule in April. «Everything looks not less optimistic on the border between Uzbekistan and Kyrgyzstan, although the dispute between the two countries is more fundamental: Tashkent controls arable land, but does not have access to the water reservoirs necessary for irrigation. Bishkek has the exact opposite problem. In August, the parties announced the successful approval of 92 percent of the 1,378-kilometer border. Only 10 sections remained undemarcated, however, negotiations continue there,» the expert explained.

«A historic breakthrough took place in the region in September: the states agreed on a mutually beneficial and equivalent exchange of territories. The parties will give each other 413 hectares of land. In the future, this precedent may become the foundation for resolving other territorial disputes in the Fergana Valley,» he said.

«Against the background of the diplomatic successes of Uzbekistan, the situation on the border of Tajikistan and Kyrgyzstan, where blood continues to be shed almost monthly, looks alarming,» says Andrey Kazantsev.

He explains this not only by the fact that the authorities in these countries are much weaker, but also by the specifics of the Fergana Valley. «Several factors overlap each other there. Firstly, this is one small valley where a huge number of people of three different nationalities live, forced to coexist in conditions of poverty and lack of resources. Secondly, organized crime and the Islamists play a huge role,» the expert stressed.

About a third of the population of Uzbekistan and Tajikistan and half of the total population of Kyrgyzstan live in the Fergana Valley, and the figures will grow in the future, because the Central Asian states are «growing younger» demographically.

The clashes at the borders are not interstate, but small-town: clashes arise between ordinary people, not governments.

«On the one hand, this makes the start of a full-scale military conflict unlikely, on the other hand, it is fraught with impunity for instigators and a constant repetition of stories,» he said.

To resolve the dilemma, it is necessary to create favorable conditions for existence in the Fergana Valley, getting rid of conflicts. However, the expert community doubts that this is possible.

«There is no fundamental solution, because this is not an interstate conflict, it is between local communities,» the expert says.

According to him, the key to solving the problem lies on the surface: get rid of poverty, drug smuggling, dominance of organized crime, radical Islamism. But it is simply impossible to do it now.

«At this stage, only a deterrence strategy can be effective — to prevent transformation of small-town clashes into a conflict of the Karabakh level, when one state claims the territory of another or considers its own territory occupied,» said Andrey Kazantsev.

Such a scenario would be a real disaster for Russia and would require intervention, because Kyrgyzstan and Tajikistan are members of the CSTO.

The desire to entangle Moscow in the local showdown is not particularly hidden in the Fergana Valley. In September, after another border conflict, residents of Batken region demanded to assign the disputed territories to Bishkek and move Russian Kant airbase closer to the border.

Moscow is unlikely to take such a step — even during the pogroms in Osh, Russia did not begin to send troops through the CSTO not to provoke an aggravation of the conflict.

An alternative solution could be to build up economic assistance to the countries of the region, however, Russia’s opportunities here are limited. Although the popular opinion in the expert community is that the resources spent on supporting such distant states as Venezuela should be used in a different direction.

But such a step, the expert explained, requires a review of Moscow’s geopolitical priorities: «By its identity, Russia is still a European country. The government and the public are not as interested in what is happening in Central Asia, although it concerns us directly, as in the same events in Eastern Europe.»