A book by Sofia Nurmatova, a member of the Union of Writers of Kyrgyzstan, about Pishpek of the late 19th — early 20th centuries «1913 Pishpek. Eastern Wind» was published in Bishkek. The author herself told 24.kg news agency.

«The book tells about the activities of the self-governing bodies of Pishpek at that time — the city government and the city council, which was called an Assembly of Authorized Representatives. It consisted of 15 people, and they did not get any salaries or dividends (due to the small population size in the city compared to the cities of Tashkent and Verny, in which the Duma consisted of 50 or more people). They worked because of their attitude to the city and their life ideals,» told Sofia Nurmatova.

All facts and surnames are reliable. The book was published with the support of the Russian Embassy in the Kyrgyz Republic. 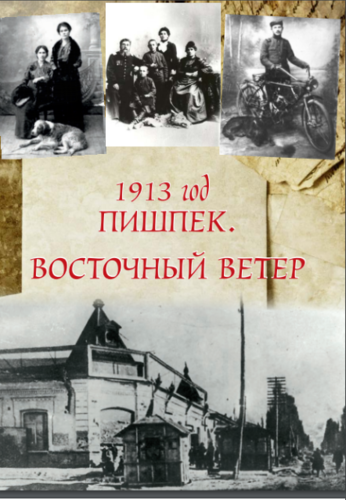 The author has already handed over two books to the National Library of Kyrgyzstan. The book will be useful to everyone who is interested in the history of Bishkek.

Ambassador of India to Kyrgyzstan: I would like to see more libraries in Bishkek
News brief
3 March, Wednesday
14:23
Nature Development Fund: Where are billions of soms allocated for environment? Nature Development Fund: Where are billions of soms all...
12:12
630 COVID-19 patients registered in Kyrgyzstan, 114 - in serious condition
12:08
One patient dies from coronavirus in Kyrgyzstan for 24 hours
12:04
48 new cases of pneumonia, COVID-19 registered in Kyrgyzstan, 86,356 in total
11:56
Sadyr Japarov recites poem in Kazakh at meeting with Kassym-Jomart Tokayev
11:42
Kyrgyzstan imposes temporary ban on export of oil and oil products
11:33
Students of 2nd -4th grades to return to offline education in Bishkek
11:19
Sadyr Japarov congratulates Kyrgyzstanis on National Flag Day
10:34
Air pollution in Bishkek is 'moderate' in almost all districts
10:30
Kyrgyz-Turkish hospital: Health Ministry tells about ratification of agreement