Construction of bridge on Toktonaliev Street almost completed in Bishkek 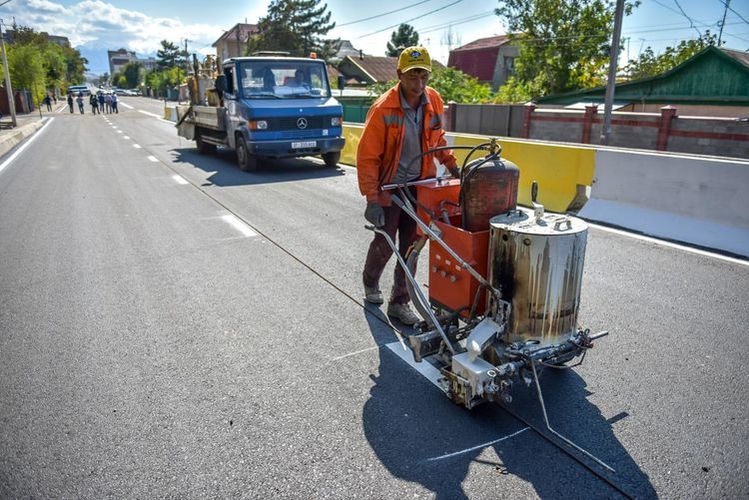 Construction of a bridge on Toktonaliev Street across Ala-Archa river is almost completed in Bishkek. Press service of the Bishkek City Administration reported.

Asphalt concrete pavement has been completely laid — both on the roadway and on the sidewalks. Road marking is made and road signs that regulate traffic movement from Toktonaliev to Mederov Street are installed.

«To ensure traffic safety at this intersection, concrete blocks have been installed on the traffic strip, and railings will be made along the supporting walls,» the City Administration noted and added that the construction was under constant control of the Vice Mayor of Bishkek of Ulanbek Azygaliev.

The bridge is planned to be opened on September 20.

The bridge was almost built back in 2018. According to the Capital Construction Department, its readiness reached 95 percent. The work was stopped due to the fact that its was planned to extend the street further to Kulatov via Karakulskaya Street. In this case, territory of the Botanical Garden, which is classified as especially protected, has to be used.

After publications in the media and public discontent, the City Administration decided to suspend the project on expansion of Karakulskaya Street at the expense of the territory of the Botanical Garden and make a junction on Mederov Street. Construction was resumed in August 2019.