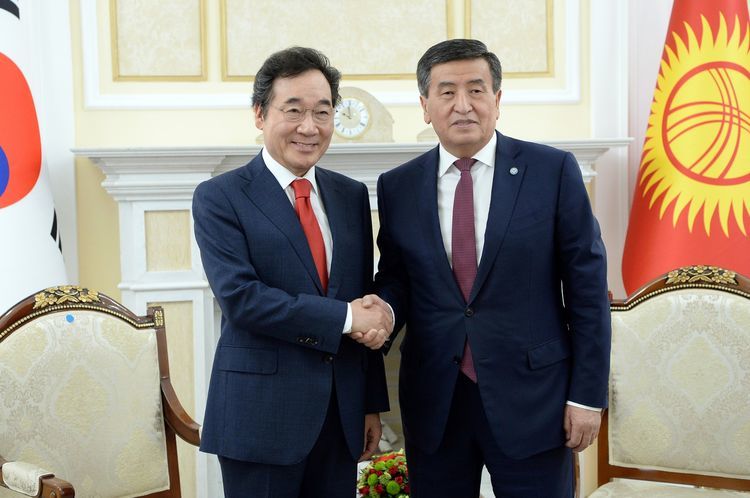 President of Kyrgyzstan Sooronbai Jeenbekov met with the Prime Minister of Korea Lee Nak-yon, who arrived in Kyrgyzstan with an official visit. The Information Policy Department of the Presidential Administration reported.

The parties discussed prospects for bilateral cooperation between the countries.

«This is the first high-level visit from Korea in the last 28 years since the establishment of diplomatic relations between our countries. I am confident that it will contribute to strengthening friendship and enhancing the interaction between the countries,» Sooronbai Jeenbekov said.

He stressed with satisfaction that the Kyrgyz-Korean Business Forum held the day before, which was attended by leaders and representatives of more than 200 Korean companies, would bring its positive results in the future.

«The numerous Korean diaspora in Kyrgyzstan contributes to the deepening of cooperation with Korea. Its representatives are public figures, major entrepreneurs and intellectuals who contribute to the development of the national economy. We are grateful to the Korean side for assistance in the implementation of social and economic projects in the Kyrgyz Republic,» the president stressed.

The head of state especially noted the positive activities of the Korea International Cooperation Agency (KOICA) in Kyrgyzstan. The amount of grant aid provided by Korea over the years has reached $ 42 million. 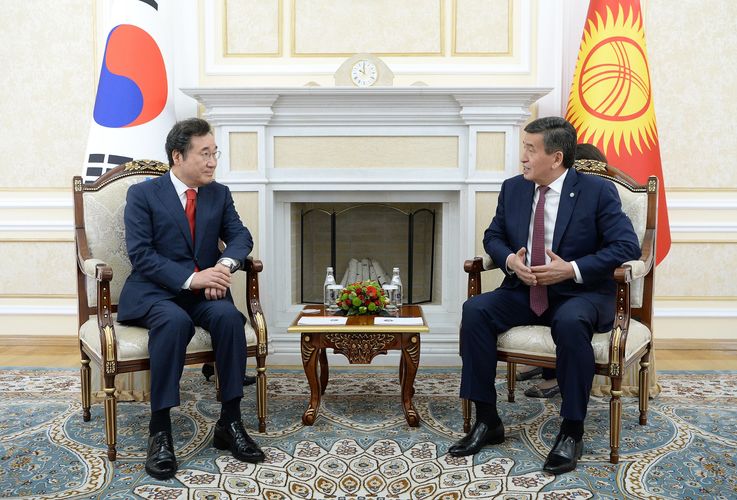 In his turn, the Prime Minister of Korea Lee Nak-yon also stated that he was the first head of the Korean government, who arrived with an official visit to Kyrgyzstan during the years of establishment of diplomatic relations between the countries.

«This visit is belated, but we will make maximum efforts to accelerate the development of bilateral relations. We respect the wisdom of the leadership of Kyrgyzstan, thanks to whom democratic processes are developing steadily in the country, new markets are opening up, and the economy is growing,» Lee Nak-yon said.

Lee Nak-yon expressed hope for expanding contacts and cooperation not only at the government level, but also between business structures that would create conditions for attracting direct investment.

The parties also discussed issues of cooperation in the areas of digitalization, education, tourism, enhancing trade and economic ties.